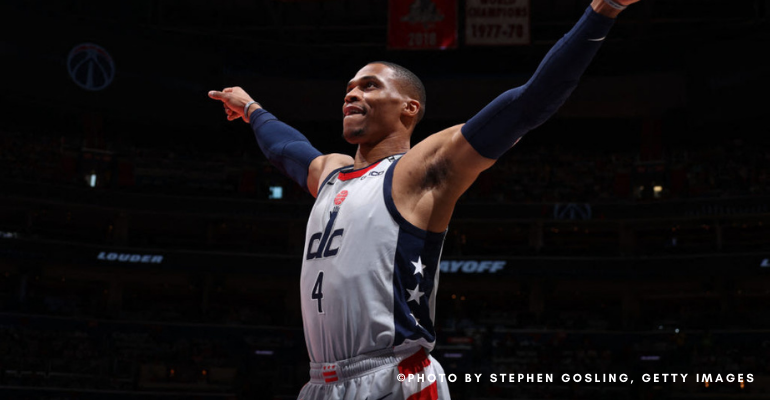 The Washington Wizards win against the Philadelphia 76ers for the first time in Game 4 of the Wizards vs 76ers Tuesday, 122-114. Washington was able to stave off elimination and prevent the 76ers from a four-game sweep.

The Wizards began the game by giving up another double-digit lead to Philadelphia. However, because of their grit, they kept the scores close. They even had a 60 to 58 lead before Philadelphia got a 61-60 lead at halftime. One of the reasons for their win? Joel Embiid left the game early because of an injury.

In the first quarter of the game, MVP finalist Embiid exited with a right knee injury. Embiid fell awkwardly on a play at the rim and left the game about a minute later. This was a major break for the Wizards since they were simply outmatched against the star player. Thus, his absence gave Washington an opportunity, and they grabbed it.

This is the third consequential injury for Philly since last August Simmons also suffered from a season-ending knee injury. Last March as well, Embiid endured a knee injury which was later diagnosed as a bone bruise.

In Game 4 of Wizards vs 76ers, Washington made the most of the third quarter and outscored the Sixers 32-19. In the first quarter, Davis Bertans showed an amazing performance and scored 12 of his 15 points. Unfortunately, he suffered from a calf strain and missed the rest of the game.

Philly made a comeback in the fourth quarter. But, the Wizards were resilient and made key shots to stay ahead. Russell Westbrook posted 19 points, 21 rebounds and 14 assists, while Bradley Beal scored 27 points. Daniel Gafford scored 12 points and blocked 5 shots. Robin Lopez and Raul Neto added 16 and 11 points, respectively. And lastly, when the game was close in the final minutes, Rui Hachimura scored 5 straight points in the last minute and a half of the game. Also, he posted 20 points and 13 rebounds.

Game 5 of Wizards vs 76ers will take place in Philadelphia on Wednesday, June 5 (ET).

Also Read: Clippers take back the series with a 106-81 rout against the Mavericks