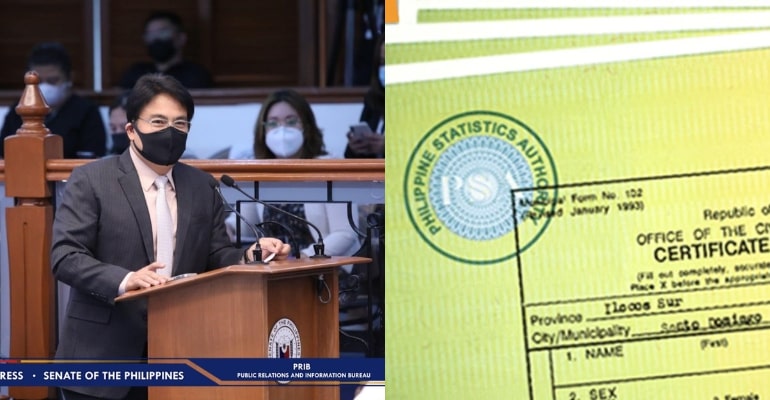 MANILA, PHILIPPINES — On July 28, RA No. 11909 which provides permanent validity for PSA’s birth, death, marriage, and other civil registry lapsed into law.

All government and private transactions or services that require the submission of the certificates as proof of identity and legal status shall recognize and accept it.

As repeated marriage is possible, the Certificate of No Marriage (CENOMAR), which is not included in the law, has a six-month validity period.

The measure was pushed and supported by Senator Ramon Revilla Jr., who served as the 18th Congress’s chair of the Committee on Civil Service, Government Reorganization, and Professional Regulation.

(A lot of our people have asked me about this. Previously, many required it to be six months before the issuance of the certificates so they would accept it. If more than six months have passed, citizens need to get a new one.)

Before the actual measure, other public and commercial organizations required that these certificates be recently acquired since the security paper printed on changes every six months.

Also read: August Holidays in the Philippines in 2022