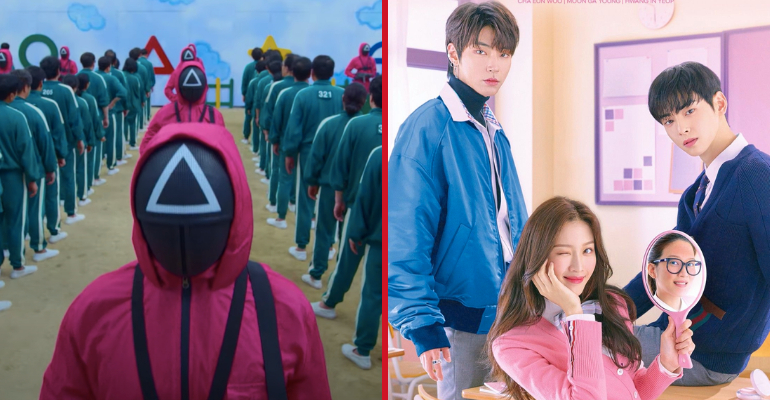 As the year-end approaches, Google Philippines rounds up the top ten most searched shows and series on the platform in 2021. And like any other country in the world, South Korean drama Squid Game topped the Philippine search list, followed by True Beauty and Vincenzo, both of which are also Kdrama series.

What else were Filipinos searching to watch this year? Continue reading below!

Alice in Borderland is a Japanese sci-fi thriller drama based on the manga of the same name by Haro Aso, starring Kento Yamazaki and Tao Tsuchiya. The plot follows two strangers trapped in an abandoned Tokyo, where they are forced to compete in dangerous games. You can watch it here:

Based on the original Chinese web drama Go Princess Go, Mr. Queen is about a man from the modern age trapped in the body of a queen in the Joseon era, starring Shin Hye-sun and Kim Jung-hyun. Watch the series via:

Trese is a highly-anticipated anime-influenced series based on the Filipino comic series of the same name by Budjette Tan and Kajo Baldisimo. The series features the voices of Liza Soberano (Filipino version), Shay Mitchell (English version), and Ryoko Shiraishi (Japanese version) as Alexandra Trese. It’s not too late to check out the series below:

The only western show on the list, Bridgerton is based on Julia Quinn’s novel set in the competitive world of Regency-era London’s ton during the season, when debutantes are presented at court. The series is available to watch at:

Hometown Cha-Cha-Cha is a light-hearted Kdrama series featuring Kim Sun-ho and Shin Min-ah with the scenic view of Gongjin village in South Korea as their backdrop. Watch the series at:

5) Falling Into Your Smile

Falling Into Your Smile follows a romantic journey between two professional gamers starring Kai Xu and Xiao Cheng. Add this to your year-end binge list.

Nevertheless is about a push-and-pull relationship of two Sculpture majors, based on a popular webtoon with the same name. The series features Han So-hee and Song Kang.

Song Joong-ki’s comeback TV series, Vincenzo, is a crime drama featuring a dark comedy about a Korean-Italian mafia lawyer who came home to his motherland “to give a conglomerate a taste of its own medicine with a side of justice.”

Watch Vincenzo only on Netflix.

True Beauty is a Kdrama series starring Moon Ga-young, Cha Eun-woo, and Hwang In-youp, based on the Line Webtoon of the same name by Yaongyi. It is about a high school girl who, after being bullied, masters the art of makeup to transform herself into a gorgeous “goddess.”

True Beauty is available on Viu.

Did you watch all of these shows this year? What was your favourite? Let us know in the comments!