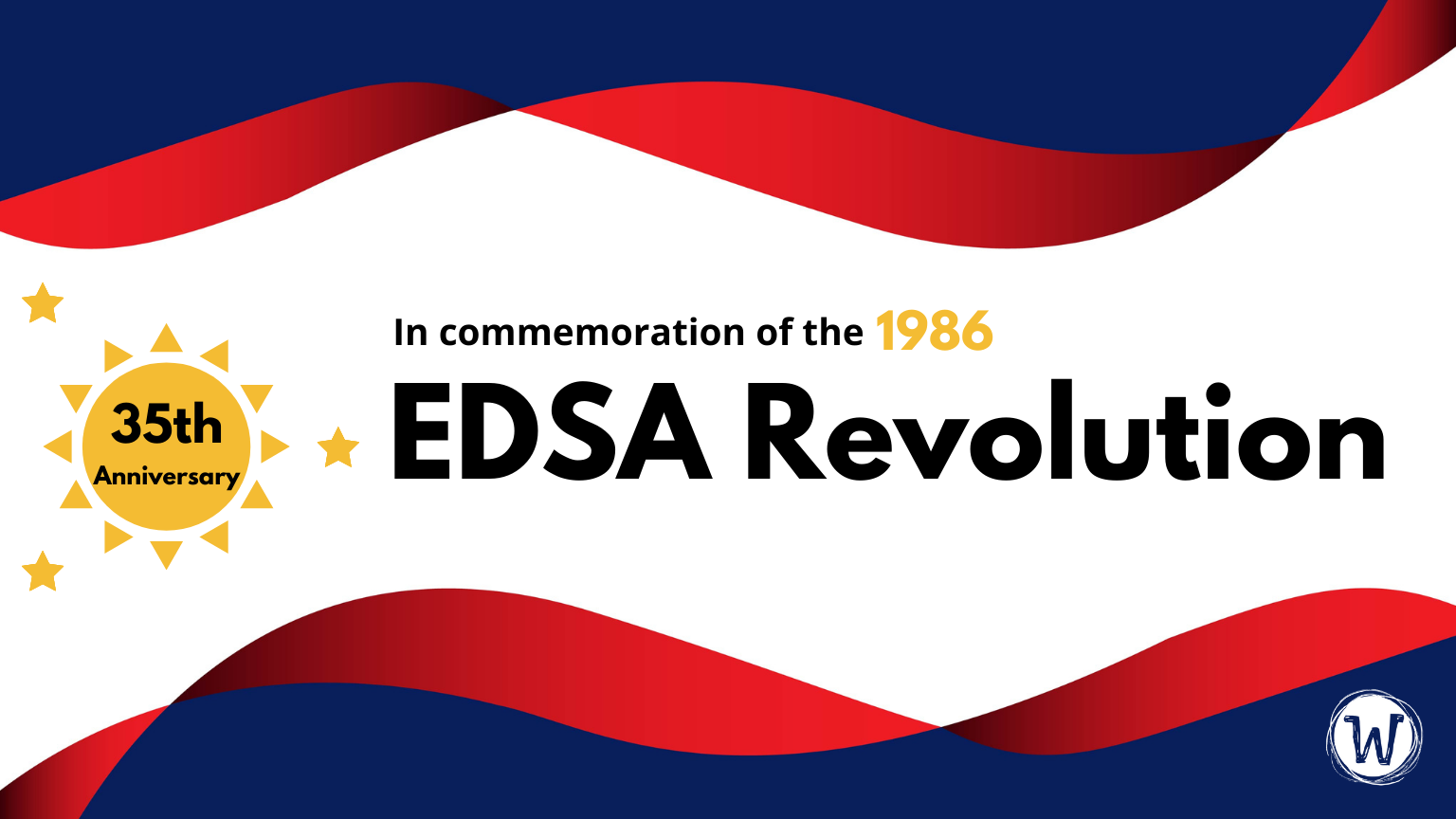 Dubbed as The Philippines’ Longest Day, February 25, 1986, was truly one of Philippine history’s most historical moments. It was the day when The Philippines had two Presidents in the form of Cory Aquino and Ferdinand E. Marcos.

The year 1986 was the start of the democratic reconstruction of the post-Marcos era. But the reconstruction formally began in the latter part of the month of February during the announcement of the controversial results of the February 7, 1986 snap elections. To understand all that followed, let’s have a quick look back on previous events.

On August 21, 1983, the fearless critic of the then President Ferdinand E. Marcos, former Senator Benigno Aquino Jr., was assassinated. This tragic event happened at the Manila International Airport upon returning from his self-imposed exile in the United States of America. This sparked the EDSA revolution (February 22–25, 1986) led by his wife, Cory Aquino, who took up her husband’s mantle and continued the fight for democracy.

The widowed Cory ran for presidential candidacy during the snap elections opposite Marcos, who was aiming for another 6-year reign over the Philippines. However, during the announcement of the results, the two candidates won. The Commission on Elections (ComElec) declared Ferdinand Marcos, while the National Citizens Movement for Free Elections (NAMFREL) declared Cory Aquino.

Note: The National Citizens Movement for Free Elections is an election watchdog in the Philippines funded by the US Government.

Upon the announcement of Marcos’s victory, there are many claims of wide-scale ballot-rigging. To calm the domestic and international pressure, he announced various political and economic reforms and even the resignation of his close aide General Fabian Ver. The latter implicated to have a part in the 1983 assassination of former senator Benignon Aquino Jr. Marcos also set announced changes for the cabinet, revealing a substantial number of resignations. It was also said that a private ceremony was held in the presidential palace where he swore his presidency. His official oath-taking, however, took place on February 25.

This did not stop the two from taking their oath of office. In fact, President Corazon C. Aquino swore her presidency at Club Filipino in Greenhills, San Juan, Metro Manila. Her oath-taking was administered by Associate Justice Claudio Teehankee. On the other hand, President Ferdinand E. Marcos took his oath two hours later at the Ceremonial Hall of the Malacañang Palace in Manila. It was administered before Chief Justice Ramon C. Aquino and broadcasted live by IBC-13 and GMA-7 TV stations.

On the advice of a US senator, the Marcos family prepared for departure at midnight. They flew to Clark Air Base in Angeles City, about 83 kilometers north of Manila, aboard the United States Air Force rescue helicopters. From there, they flew to Andersen Air Force Base in Guam aboard US Air Force DC-9 Medevac and C-141B planes. Finally, their immediate departure brought them to Hickam Air Force Base in Hawaii. It was here that Ferdinand E. Marcos, the Philippines’s Dictator, met his end on September 28, 1989, due to kidney, heart, and lung ailments.

The “longest day” of the Philippines began with the country having no president, then two presidents by noon, and finally one president by midnight. Thus ended the Marcos Dictatorship and began the Philippines’ democratic reconstruction.

Sources:
The Philippines in 1986: Democratic Reconstruction in the Post-Marcos Era on JSTOR

From the archive, February 17 1986: Protest at President Marcos’ election victory | Philippines | The Guardian

Corazon Aquino and Ferdinand Marcos were both sworn in as Presidents February 25, 1986 (kahimyang.com)

Also Read: 10 Graduation Gifts That Will Never Fail To Impress