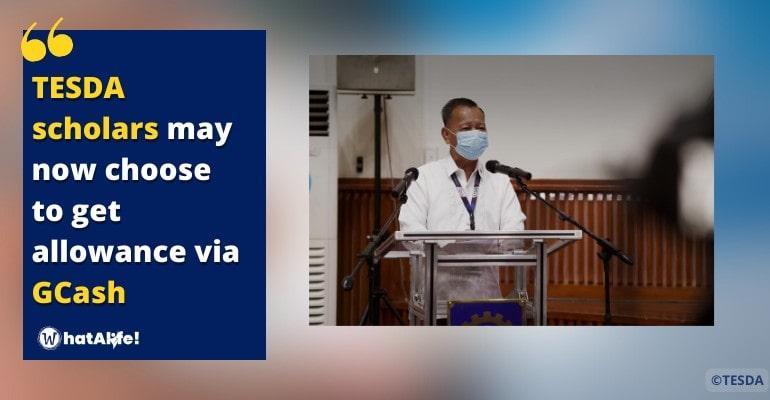 TESDA and G-Xchange, Inc. (GXI) have confirmed the nationwide launch of their cooperation, which will allow the former’s scholars to receive their Training Support Fund (TSF) via GCash.

At an event conducted at the TESDA Women’s Center in Bicutan, Taguig City on Wednesday, TESDA Secretary Isidro Lapeña said one of the issues they’ve had is the slowdown payout of the scholars’ allowances.

“We studied it and discovered that GCash is the solution. Allowances could be automatically transferred to the scholars’ (GCash) account, same as with how our salaries are transferred to our Land Bank account. A lot of time and effort could be saved,” he said.

“This is our response to the New Normal. The pandemic has altered the ordinary way of doing things and TESDA has to keep pace,” he added.

According to the TESDA chief, as part of its “Oplan TESDA Abot Lahat: TVET towards the New Normal,” the agency has been searching for ways to continue serving its people in the face of a pandemic without risking their safety.

From March to December 2021, 210 scholars from the four areas got their allowances using GCash, according to TESDA data. TESDA expects 379,003 scholars or participants in 2022 as a result of the nationwide deployment.

The TESDA chief acknowledged that the scholars’ daily allowance of PHP160 is essential, and expressed his desire to improve people’s lives through education.

It is not necessary to distribute training allowances via GCash. Scholars have the option of receiving their allowances via checks or through their GCash accounts.

However, TESDA is not considering potential collaborations with other e-wallets that can provide similar services. The Agency also intends to use the Philippines’ LandBank to distribute allowances for scholars under the Diploma Programs and Universal Access to Quality Tertiary Education Act (UAQTEA). – WhatALife!