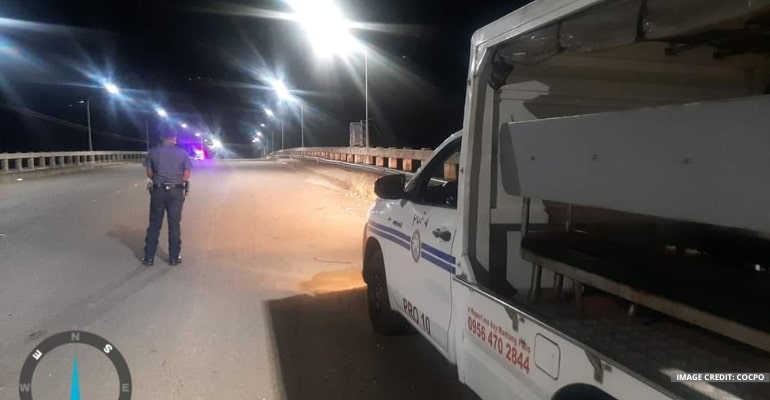 CAGAYAN DE ORO CITY, PHILIPPINES — In response to the viral hit-and-run incident at the Pelaez Bridge in Taguanao, Indahag, Mayor Oscar Moreno has directed the local police to immediately arrest the perpetrator.

The mayor made the order to the Cagayan de Oro Police Office (COCPO) after chief Col. Aaron Mandia briefed him on the incident.

(The [perpetrator] must be caught immediately. Do not delay.)

Mandia reported Stephen Neri, 27, a resident of Muco, Zayas, Carmen, CDO, as the perpetrator of the hit-and-run incident that killed one person and injured three others.

The chief police said they are “now undergoing hot pursuit operation” since the person of interest has fled from his residence.

See the official press release below:

The incident occurred at 6 am Sunday morning, October 9, 2022, at the Pelaez (Taguanao) bridge at barangay Indahag.

A video circulated on social media showing an altercation between two groups before Stephen Neri, the perpetrator, drove a black Hyundai Accent with plate number KAB 1246 and proceeded to hit Paul John Levita, 26, who died on the spot, and Rufus Levita, 22, who is in serious condition and the Northern Mindanao Medical Center.

Two other victims have also been treated at the same hospital: Jhane Valerie Canonera, 18, a resident of Bacoor, Cavite, currently staying at Dolores/Tiano in this city, and Prince B. Lopez, 19, of barangay Lumbia.

The youths were reported to be drinking alcohol before sunrise when a heated altercation broke out among them. – WhatALife!