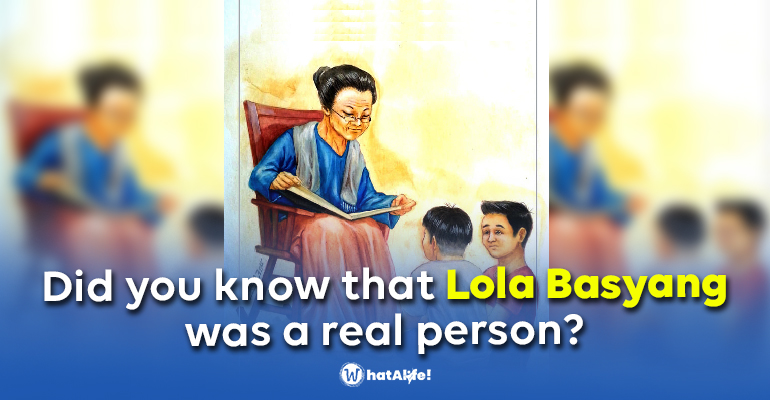 Google Doodle celebrates the 161st birthday of Filipino author playwright Severino Reyes. The writer was born on February 11, 1861, in Manila, and became well-known in his later years through his pen name ‘Lola Basyang’ when he wrote for the popular Tagalog magazine in his time – Liwayway.

On the Google Doodle website, you’ll find a summary of the life of the writer and how he had contributed to Philippine arts:

“Today’s Doodle celebrates the 161st birthday of Filipino author and playwright Severino Reyes. Widely regarded as the “Father of Filipino Drama,” Reyes is not only internationally renowned for his famous zarzuelas, Spanish-influenced works of dramatic musical theater, but also for his now classic collection of Tagalog stories.”

It continued, “Reyes also served as the editor-in-chief of Liwayway, a popular Tagalog magazine to which he contributed stories under the pseudonym “Lola Basyang.” His stories, full of seemingly ancient wisdom, became such an integral part of Philippine society that the name Lola Basyang is still used today to describe a grandmother who loves telling stories.”

He wrote 50 zarzuelas in his time. This includes the play “Walang Sugat” (No Wounds), a historical drama about the Philippine Revolution. Gran Compania de Zarzuela, a theater group he founded in 1902, performed the play.

According to the National Historical Commission of the Philippines, the pen name Lola Basyang was based on Gervacia de Guzman. She was a neighbor of Reyes and the matriarch of the Zamora clan in Quiapo, Manila. Moreover, she was well-known in the area as a doting grandmother with plenty of stories to tell.

Lola Basyang became so popular among Filipino citizens. In fact, Filipinos still use the term to refer to a grandmother or a person who loves telling stories.

Netizens were quick to show their reactions on social media, surprised that Lola Basyang was not just a character. Instead, she was a real person – a storyteller full of seemingly ancient wisdom.

One netizen tweeted, “Today years old when i found out that Severino Reyes, one of the filipino authors that i like, is the OG Lola Basyang.”

Today years old when i found out that Severino Reyes, one of the filipino authors that i like, is the OG Lola Basyang ? thank you Google!

Did you know that Lola Basyang was a pen name by Severino Reyes too? Let us know the comments, or connect with us through our socials (Facebook, Twitter, and Instagram). – WhatALife!