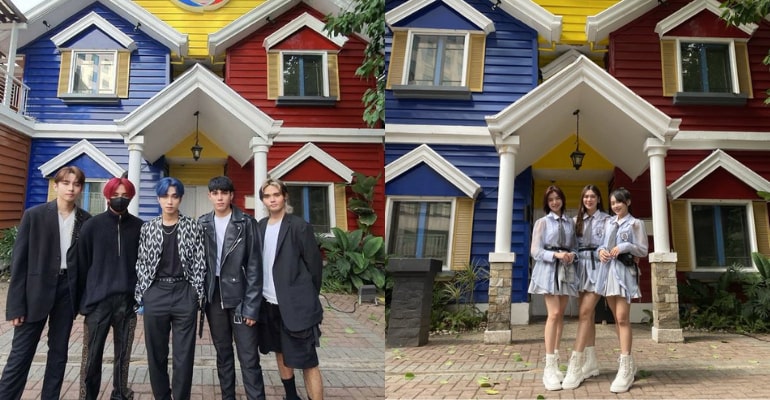 They are to help the teen housemates to be able to perform five songs, which includes the hit song of SB19, “Mapa,” serving as one of their weekly tasks.

In a tweet of Pinoy Big Brother’s official Twitter account on Wednesday, it posted captures of the rising groups posing outside the house and announcing their arrival.

MNL48’s head members were also present at their reunion with their former group member Gabb Skribikin, currently the reality show’s contestant. Gabb then turned emotional after their group’s reunion.

On Thursday’s episode, they were rehearsing when the music video of MNL48’s latest track, “No Way Man,” came out, and Gabb can be observed to have memorized the steps.

She admits that she would have been in the music video but was already a graduate in the group during the rehearsal.

After seeing the music video of the girl group’s new song, she then expressed missing performing.

(I miss performing so much.)

When MNL48 Coleen, Jem, and Ella came out, Gabb could not help but cry and hug them as they bid goodbye.

Jem could also not contain her emotions and said, “Naiiyak na ako, nakakaasar.”

As of writing, SB19 is trending on Twitter with the hashtag “SB19xPBBTeens,” garnering 400,000 tweets.