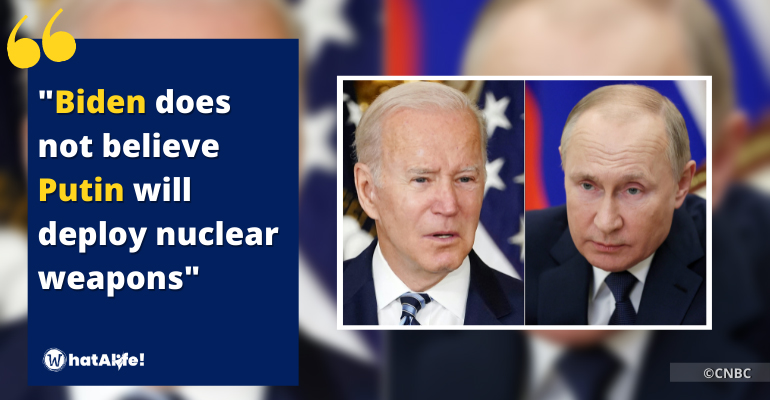 Russia already takes up one-eighth of all the inhabited land on the planet, and now it has its eyes on one of its European neighbors, Ukraine.

Historically, Ukraine and Russia have been in conflicts before. Most recently, Russia annexed the Ukrainian peninsula, Crimea. And then, it backed a separatist rebellion in eastern Ukraine. Now, Russia doesn’t want Ukraine to join NATO.

NATO is the North Atlantic Treaty Organization, and it includes 30 members, including the U.S., Canada, Netherlands, and the United Kingdom. NATO’S goal is to maintain peace and make sure no member of this alliance gets invaded by an international military force.

Russia and Ukraine aren’t part of NATO, and there’s a chance that Ukraine could join NATO in the future, and that aspiration is seen as a threat by Russia.

Recently, President Vladimir V. Putin has been sending troops to the Ukrainian border and ordered soldiers into two Russia-backed separatist enclaves in Ukraine, hinted at the potential of a larger military assault, and claimed all of Ukraine as a country “made by Russia” in an emotional and outraged address to the Russian people.

It was unclear whether Russian troops would stay on the separatist republics’ territory or try to invade the whole of the two Ukrainian enclaves whose land they claim.

Western leaders gathered in Munich on Saturday when Russia’s President Vladimir Putin was scheduled to oversee strategic nuclear missile exercises. The leaders are afraid that he could order soldiers massed on Ukraine’s border to invade at any time.

Multiple explosions were heard in the north of the separatist-controlled city of Donetsk in eastern Ukraine on Saturday morning; the source was unclear initially. Ukraine had previously announced the death of one of its soldiers.

Meanwhile, U.S. President Joe Biden, who has repeatedly warned of a coming invasion, said on Friday that he now believes Russia would strike Kyiv but does not believe Putin is considering deploying nuclear weapons.

“We have reason to believe the Russian forces are planning to and intend to attack Ukraine in the coming week, in the coming days,” Biden said at the White House addressing reporters. – WhatALife!