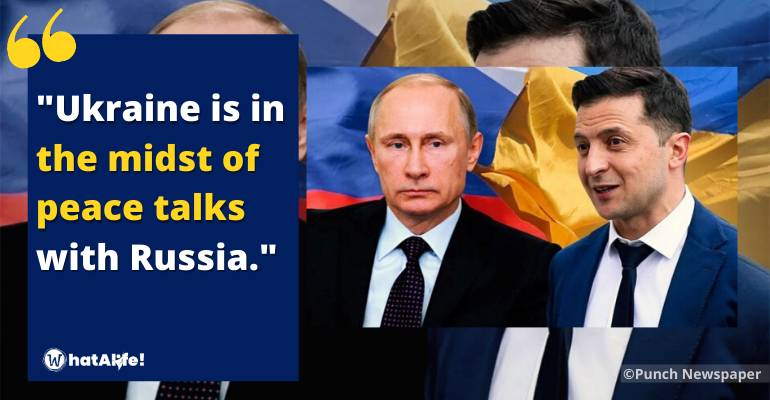 According to a Ukrainian official, Ukraine’s peace talks with Russia began on Sunday afternoon, after President Putin’s invasion was met with strong Ukrainian resistance over the weekend.

The meetings take place as a top EU official announces a new round of penalties aimed at “increasing support for Ukraine.” The 27-nation block will block Russian aircraft from flying across its airspace, fund weaponry shipments to Ukraine, ban pro-Kremlin media and, additionally, buy weapons for Ukraine.

After Russian troops marched into the country’s second largest city early on Sunday, Ukraine claims it now has “full control” of Kharkiv. However, the whole picture is still a mystery.

Where are Russia’s and Ukraine’s discussions taking place?

It’s unclear how the meeting location was decided, but President Zelenskyy’s office stated on Sunday afternoon that the two sides would meet near the Ukrainian and Belarus border.

Ukraine’s president stated earlier on Sunday that his country was ready for peace negotiations with Russia, but not in Belarus, which he described as a staging ground for Putin’s invasion.

A Russian group has already arrived in the Belarusian City of Homel for discussions with Ukrainian officials, according to the Kremlin.

Meanwhile, earlier on Sunday, after large explosions lit up the morning sky and police reported bombings at one of the airports, Kyiv was eerily silent. People were kept off the streets by a severe 39-hour curfew, which left a key boulevard nearly deserted. Anyone venturing out without a pass would be considered as a Russian sabotage, according to authorities. – WhatALife!