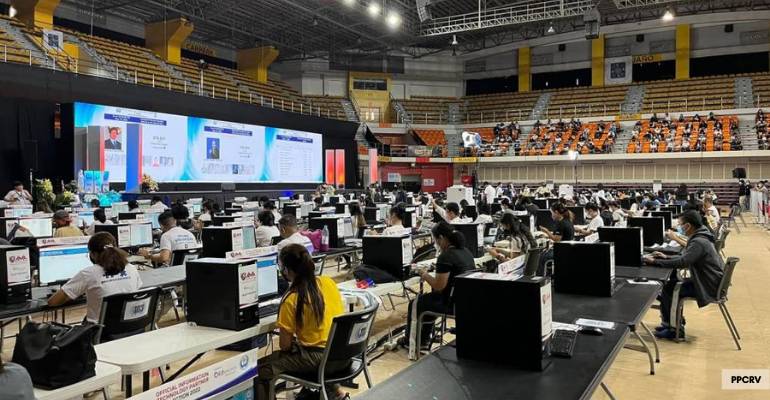 MANILA, PHILIPPINES — Mismatches between the printed election returns (ERs) and those sent from the poll body’s transparency server were noticed on Saturday by the Parish Pastoral Council for Responsible Voting (PPCRV), partner of the Commission on Elections (Comelec).

Comelec spokesperson John Rex Laudiangco stated in a press conference that the PPCRV had collected 45,135 election returns (ERs) and had encoded 30,727 of them. There were 30,235 ERs with a perfect match from this total.

“Mayroon lang po konti (there’s a few), 240 of those I’ve mentioned ay nagkaroon ng variants or mismatches. It accounts for 1.61%, pero (but) nothing to worry about because the PPCRV itself made a statement if ever there is a variance, this would not affect the results of the election contest specifically the national positions. Secondly, the mismatch is now undergoing validation,” he said.

According to the PPCRV, a significant reason for mismatches could be volunteers being tired and not being able to see the numbers accurately.

PPCRV Chairperson Myla Villanueva explains that the mismatch could be due to human mistakes.

“I wanted to caution on the 1.6 percent mismatch. It doesn’t mean that it is the whole ballot that’s not matching. Sometimes, you know, a volunteer is tired and may have had a typo because we matched this two times over,” she stated in a television interview.

The mismatches will be reviewed and validated, according to Villanueva.

Also, the poll official allayed worries that the recent surge in mobile phone purchases was linked to allegations of vote-buying and selling.

Laudiangco said the Comelec was working closely with the National Telecommunications Commission, which would provide feedback if any anomalies were discovered.

The Philippine National Police (PNP) announced on Monday that 20 cases of vote-buying had been detected around the country in the run-up to the 2022 elections. – WhatALife!