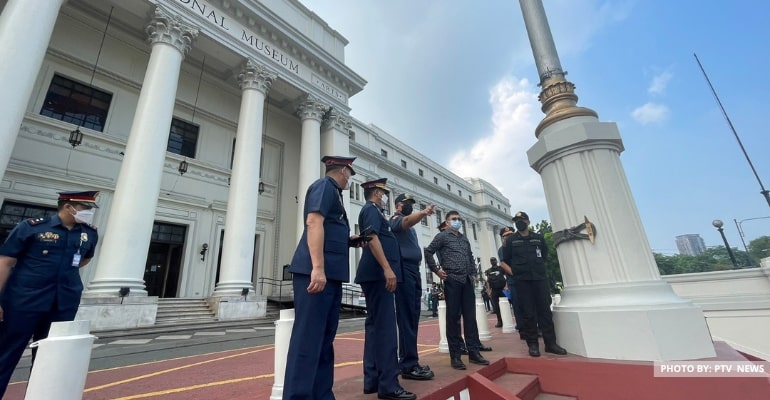 (Updated: June 29, 2022) Is June 30, 2022 (inauguration day) a non-working holiday in the Philippines? In the City of Manila and San Juan, yes, but LGUs near the metro have yet to make an announcement.

MANILA, PHILIPPINES — On Saturday, a Philippine National Police (PNP) official urged the cities near Metro Manila to declare June 30 as a non-working holiday to lessen the inconvenience to residents during the inauguration of President-elect Ferdinand “Bongbong” Marcos Jr.

De Leon said that declaring the holiday “will be a big help in implementing the necessary security measures.”

“We would like to appeal to the LGUs of the adjacent cities to consider doing the same for the benefit of our kababayan (fellowmen) who may experience inconveniences,” he said.

He said that it would lessen the inconvenience to residents and workers and allow them to witness the historic oath-taking.

The PNP and the Metropolitan Manila Development Authority (MMDA) have already begun preparations for the inauguration.

MMDA started issuing road closures and traffic rerouting advisories on Saturday which took effect at 12:01 am on June 26.

Meanwhile, the Task Force Manila Shield will be activated on June 28.

The PNP has also issued a gun ban in Metro Manila from June 27 to July 2.

“For the licensed gun owners who have permit to carry firearms outside residence, we would like to remind them that the privilege of carrying their guns is temporarily suspended,” de Leon said.

In a radio interview, PNP Spokesperson Col. Jean Fajardo said the police force is almost 100% ready for the event.

They have not detected any security threats at the National Museum before the inaugural, but de Leon said they would continue to validate reports when they come.

Also read: Bongbong Marcos to take his oath as Philippine president at the National Museum