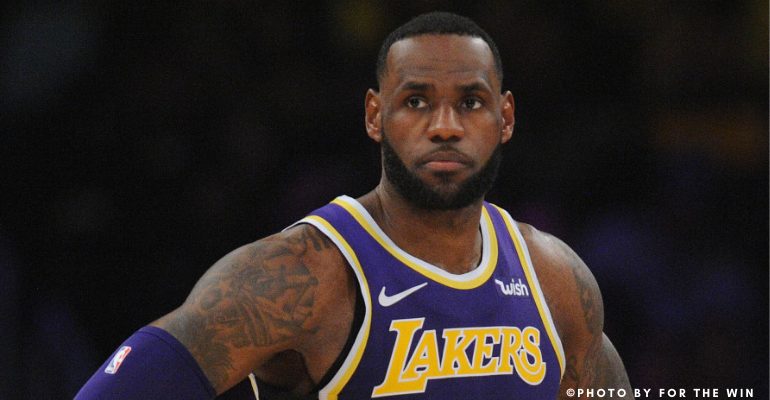 The Pelicans vs Lakers game ended with the Pelicans defeat in the regular-season finale, 98-110.

Although New Orleans did their best to put up a fight, they were no match for the Lakers, which fielded a full-strength lineup such as LeBron James, Anthony Davis, and Dennis Schröder. James and Davis both missed the second half of the season due to injuries. Meanwhile, Schröder had to deal with COVID-19-related issues, missing the last seven games for almost two weeks. Their return had earned the team a combined score of 52 points.

However, this victory is not enough for the Lakers to avoid the Western Conference play-in tournament. The Portland Trail Blazers defeated the Denver Nuggets and claimed the No. 6 seed. Since Los Angeles is the No. 7 seed, they will host No. 8 seed, the Golden State Warriors, in a play-in game Wednesday, May 19.

LeBron James briefly scared his team in the Pelicans vs Lakers game when he seemingly re-injured his ankle. This happened in the fourth quarter when James went up for a layup off of a spin move. However, he landed awkwardly. Because of this, he left the game afterward. This would be a disadvantage for the Lakers since they will be up against the Warriors for Wednesday’s play-in game.

Thankfully for Los Angeles, Frank Vogel, the Lakers’ coach, and James confirmed that his ankle was fine. According to James, “It was a tweak. I stepped on [Nickeil] Alexander-[Walker] ‘s foot on the way down after that last layup, but I’ll be fine.”

Although LeBron James left the game midway through the fourth quarter, he still scored 25 points in the Pelicans vs Lakers game. Anthony Davis scored 14 points while Andre Drummond scored 13 points and 13 rebounds. Dennis Schroeder and Kendavious Caldwell-Pope also added 12 and 10 points, respectively. This led to the Lakers winning their fifth consecutive game. On the other hand, for New Orleans, Willy Hernangomez scored 19 points and 12 rebounds, while Naji Marshall had 18 points. Nickeil Alexander-Walker added 14 points.

The Lakers led the first quarter with 28-36. New Orleans barely fought back in the second with 31-27. In the third quarter, New Orleans pulled within one point four times before Lakers Davis scored six straight points to help them take an 75-84 lead. Los Angeles then scored the final 7 points and increased its lead to 76-91 at the end of the quarter. In the fourth quarter, the Lakers maintained its 85-98 lead when James scored 5 straight points. Eventually, L.A. won, 98-110.