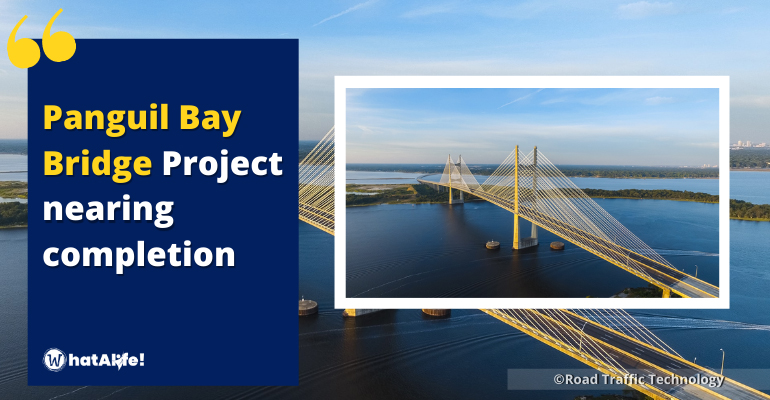 The project will be completed by December 2023, with full-year activities focusing on the approach bridge from Pier 10 to 17 Tangub and Pier 18 to 23 Tubod and the 320-meter Main Bridge and approach roads.

DPWH said it hopes to complete 80 percent of the project by the end of 2022 and complete it by December of the following year.

A high-level bridge spanning Panguil Bay in Northern Mindanao would bring better connectivity between Tubod and Tangub City to an end after decades of waiting.

The Korean Export-Import Bank provided a loan of P7.38 billion for the priority infrastructure project.

The bridge will reduce travel time between the two locations from two to 2.5 hours to under 10 minutes through a 100-kilometer path or a roll-on, roll-off vessel.

The bridge will also shorten the 2.5-hour trip time by Roll-On-Roll-Off (RORO) vessels from Ozamiz City/Tangub City to Mukas Port/Tubod to just 7 minutes, including the time spent queuing for vehicles at the port.