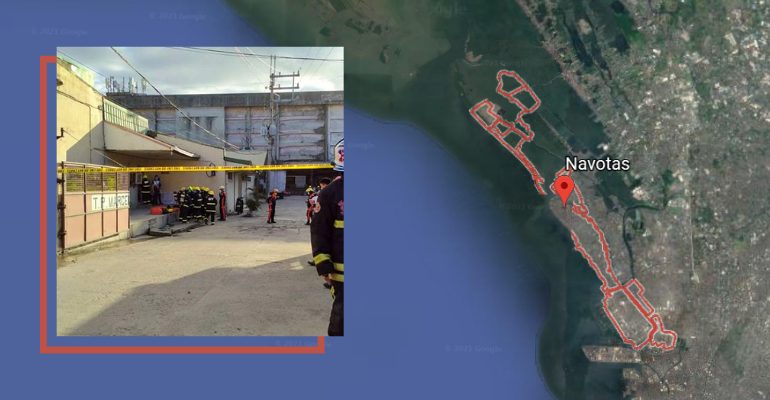 One dead and at least 65 people were rushed to the hospital following an ammonia leak.

Hundreds of Navotas residents fled their homes surrounding a cold storage facility yesterday afternoon, February 3, due to an ammonia leak.

According to the Bureau of Fire Protection, at least 65 people were rushed to the Navotas Hospital and Tondo Medical Center for treatment.

Meanwhile, an ice plant employee was declared dead on arrival at the Navotas Hospital, Philstar reported.

The owner of the said ice plant is the mother of Mayor Tiangco. Nevertheless, the mayor said he would order its closure for investigation.

According to Manila Bulletin, this is the second ammonia leak reported in the area since the start of the year. The first leak took place in Magsimpan Ice Plant evening of January 20, prompting residents near the area to call for the company’s accountability over the incident. over

Ammonia, a colorless gas with a distinct odor, is a building-block chemical and a key component in the manufacture of many products people use every day. It occurs naturally throughout the air, soil, water, plants, and animals, including humans (chemicalsafetyfacts.org).

It is commonly used in fertilizers to help sustain food production and for household cleaning products.

In the ice plant case, ammonia was used as a refrigerant gas that absorbs substantial heat from its surroundings.

While no health effects have been found in humans when exposed to a typical amount of ammonia, high-level exposure may irritate a person’s skin, eyes, throat, and lungs, which leads to coughing and burns.

You Might Also Want To Read: DA to begin price ceiling on pork, chicken products on Feb. 8