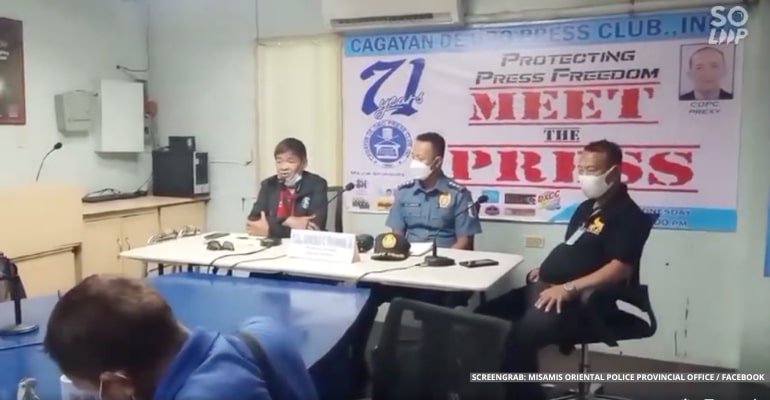 CAGAYAN DE ORO CITY, PHILIPPINES — The Police Director of Misamis Oriental assured the people that the police would solve the “crime wave” in the province, including the series of crimes in the eastern part of the province in the past several days.

Having assumed office on July 22 this year, he has promised to solve the rising criminality in the province in six months.

(If it can’t be done in six months, there are other ways to solve (the issue), but it should not take long.)

Villamor expressed confidence in solving the rising crimes, like the shooting incidents in the towns of Balingoan, Gingoog, and Medina, “sooner than later.”

He stated that aside from suspects in the latest shooting incidents in Medina and Balingasag, most suspects were identified, and cases were filed against them.

Villamor added that the shooting death incident in Gingoog in September 4 is still under investigation.

After the suspect’s arrest, the rare-slay case that victimized a 14-year-old girl in the hinterland barangay in Gingoog was filed before the court.

Meanwhile, the police have also filed charges against the robbery suspect that held up a gas station in Medina on August 20.

According to Villamor, he had ordered all police stations in MisOr to increase their efforts in settling the surge of criminality in their region.

In commemorating the 121st Police Service Anniversary, September 5, DILG-10 (Department of the Interior and Local Government) Regional Director Arnel M. Agabe reaffirms the department’s full support to the PIO-10 (Police Regional Office) in the prevention and control of crimes in MisOr.

Under the leadership of DILG Secretary Benjamin “Benhur” Abalos Jr., Agave said that DILG would persist in providing all assistance necessary for the PNP to carry out their mandates.

With this, the Regional Director reiterated the statement of DILG Abalos, stating that DILG will continuously support the personnel in the PNP (Philippine National Police) as long as they fulfill their duties and responsibilities per the rule of law.

However, the Regional Director said that this should not only be the government’s concern alone. With the crime incidents in every local government unit, Agabe emphasized the need for force multipliers through the public’s help.

(The force multipliers we need are our people who will help us watch out for the communities through reporting incidents or even by ensuring their own families are safe. This is already a big help.)

In the end, he added that they need the participation of the community and for everyone to be on board with them, as there is an urgent need to develop and institutionalize sustained citizen participation for development, peacebuilding, and good governance. –WhatALife!/Zed