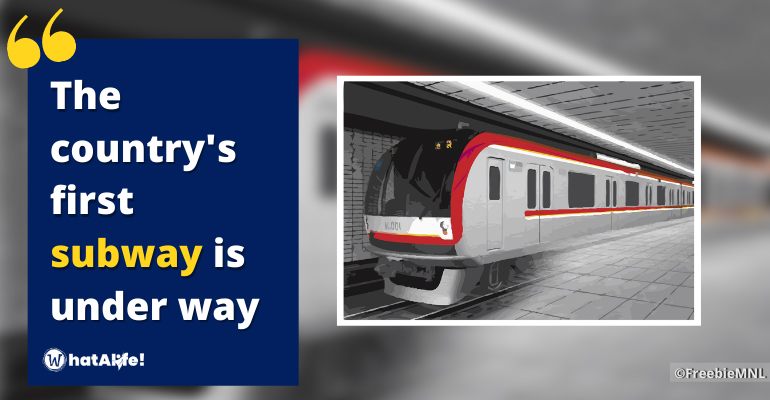 MANILA, PHILIPPINES — As of February 22, the Tunnel Boring Machine’s entry rings are now being built in Metro Manila Subway at East Valenzuela Station and Depot, in preparation for the country’s FIRST subway.

Between the East Valenzuela and Bicutan stations, the 36-kilometer route will run north-south between Quezon City, Pasig, Makati, Taguig, Parañaque, and Pasay, with 15 stations. After the North-South Commuter Railway, it will be the country’s second direct airport rail link, with a branch line to Ninoy Aquino International Airport.

It is expected to serve 370,000 passengers per day in its first year of operation, with a design capacity of 1.5 million passengers daily.

With a length of 36 kilometres and 15 stations, the Subway is intended to reduce travel time between Quezon City and NAIA to 35 minutes from one (1) hour and ten (10) minutes.

Each subway station will have a 210m-long platform and an intermodal facility to easily transfer to and from the road-based transport system.

Special Terms for Economic Partnership (STEP) have been granted to the project, which will benefit from Japanese technologies and equipment. The subway will be built using Japanese tunnel boring equipment with a diameter of 6.9m and a weight of more than 600t.

Meanwhile, to deal with the recurring occurrence of typhoons and earthquakes, the Metro Manila Subway will include disaster-resilient methods. For example, flood-prevention panels, doors, and a high-level entry will be added, as well as earthquake detection and a train stop system.

The Metro Manila Subway is called the “Project of the Century.” The realization of a “50-year dream” boasts the speed, accessibility, scope, advanced and state-of-the-art technology, and disaster-resilient features. – WhatALife!