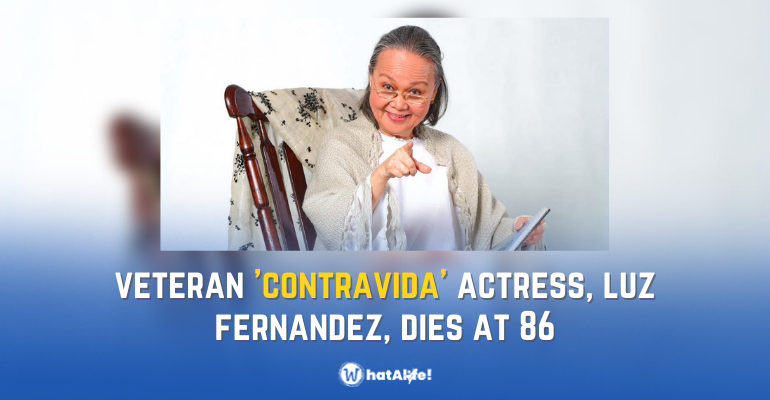 MANILA, PHILIPPINES — Luz Fernandez, a well-known actress in the Philippines, died at 86 years old on the morning of March 5, 2022. The cause of the actress’s death was due to cardiac arrest.

Fernandez was a Filipino actress that was featured and known for her roles and portrayals as contravida in a 1980’s children fantasy show called ‘Ora Engkantada,’ a Filipino television show called ‘Wansapanataym,’ etc.

Consuelo Trinidad, the granddaughter of Luz Fernandez, told ABS CBN news that her grandmother passed away on Saturday at 6:24 a.m. at one of the hospitals in Marikina City.

Trinidad announced the news on her Twitter account with a thank you message for everyone’s sympathy and support for her late grandmother. Trinidad also shared the location and date of the ongoing wake.

“For friends and family who wish to pay their final respects to my Lola, Luz Fernandez, the wake is ongoing at the Loyola Memorial Chapels Marikina (Sapphire 1).”

According to an article in Manila Bulletin, the son of Luz Fernandez named Karl also announced on his Facebook account the passing of his mother. Karl updated his Facebook profile picture to his mom’s photo and shared in the comments the details of his mother’s wake.

After Karl’s Facebook update, the comment section is full of deepest sympathies and condolences for the late actress.

The actress was a DZRH radio talent and worked in programs before changing to television and movies.

Aside from being an actress in Filipino films, Luz Fernandez also directed one of the DZRH radio serials.

Also Read: Who was Dong Puno? Veteran broadcaster dies at 76