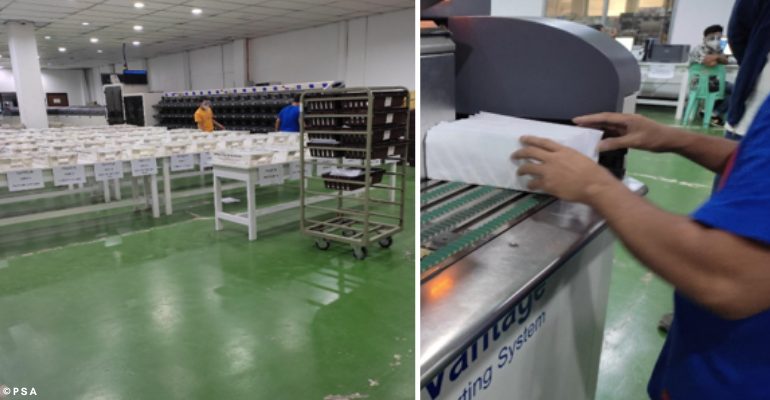 PRESS RELEASE: The first batch of National ID cards produced will be delivered by PHLPost to registrants from various cities and provinces nationwide.

The Philippine Statistics Authority (PSA) reported that the first batch of Philippine ID (PhilID) cards printed by the Bangko Sentral ng Pilipinas (BSP) was picked up by PHLPost on Saturday, May 1.

PHLPost is the official delivery partner of the Philippine Identification System (PhilSys). The PhilID cards are set for delivery this week to Filipinos who have finished both Step 1 and Step 2 registration to PhilSys.

The initial phase of card production and personalization produced a total of 956 PhilIDs packaged in a regular-sized envelope. The letter in the envelope contains both the PhilSys Number (PSN) and the physical card.

Important Note: Registrants are advised to safe keep the letter and use the PhilSys Card Number (PCN) found in the PhilID when transacting.

“We are pleased to have commenced this major milestone in the implementation of the PhilSys. This exercise showed us what can be improved in our card production and personalization machines and processes. Our next step is to ensure that the machines are running in good condition for us to determine the volume of the next batch of PhilIDs to be produced, personalized, and delivered,” said Undersecretary Dennis S. Mapa, National Statistician and Civil Registrar General of the PSA.

Philippine National ID Registration: Here’s what you need to know

How to Register for Philippine National ID Online

Processes during the exercise included the transport and shipping of PhilIDs, unloading and loading of PhilIDs to delivery vehicles, automated sorting through the use of letter sorting machines in PHLPost distribution centers, troubleshooting of rejected PhilIDs, and printing of proof of delivery slips, among others.