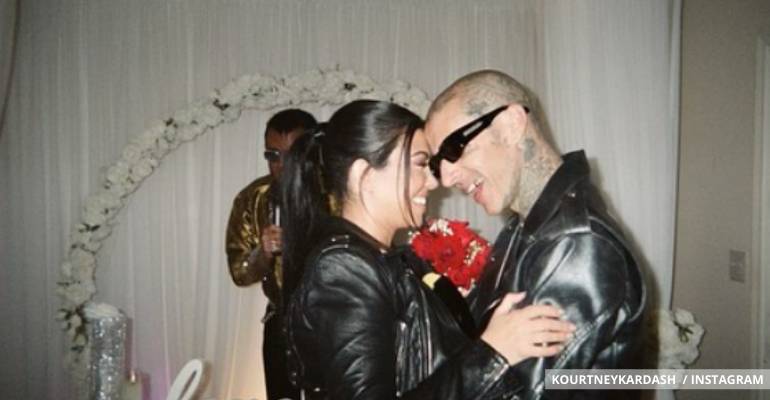 CALIFORNIA, USA — Kourtney Kardashian and Travis Barker are officially and legally married on Sunday, May 16, in Santa Barbara, California.

TMZ reported on May 15 that the reality TV star and the drummer had legally married alongside their few close friends and family members who were in attendance.

According to PEOPLE, 43 years old Kardashian, with his 46 years of age partner, Barker, got engaged last October 2021 in Montecito, California. The couple had been dating for less than a year when Blink-182 proposed to her.

Their captured moment was on The Kardashians, a reality series, on Hulu,  and they continued celebrating after the ceremony with a dinner for both the bride and groom’s families.

The couple had previously been married in a commitment ceremony, which was not legally binding. The ceremony took place after the 2022 Grammy Awards at One Love Wedding Chapel, and an Elvis Presley impersonator officiated the ceremony.

Moreover, they did not obtain a marriage license, despite speculation to the contrary. A few days later, Kourtney clarified after posting on her Instagram account that the ceremony was not legally binding.

On May 9, Kris Jenner said to PEOPLE that she had sworn to secrecy about the details of her daughter Kourtney’s wedding.

They are also reportedly trying to have a baby, as documented in the latest season of their family’s series.

In addition to Barker, he remains in a close relationship with his stepdaughter Atiana, 23, who is the daughter of his ex-wife with the boxer Oscar De La Hoya. – WhatALife!