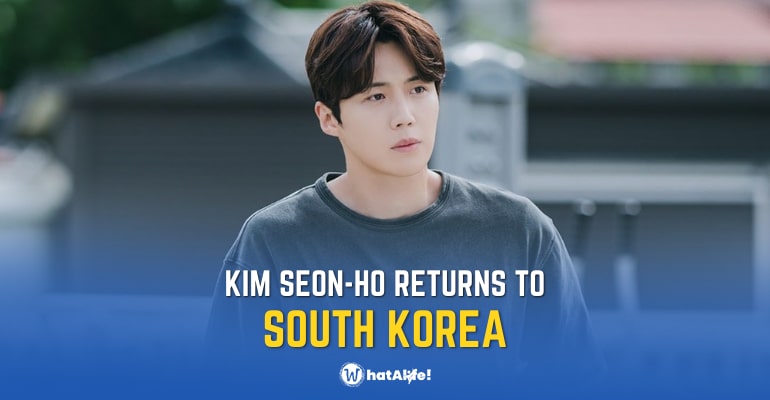 SEOUL, SOUTH KOREA — Kim Seon-Ho, the well-known South Korean actor who played the lead role in the popular television series ‘Hometown Cha-Cha-Cha’ and one of the stars of another drama ‘Start-Up,’ returned to South Korea on April 18 after visiting Thailand.

He made his first appearance in Thailand when he landed in Bangkok on March 31 this year.

After the five months interval, Seon-Ho appeared in public for the first time after his personal controversy last October 2021, which made him withdraw from the well known Korean entertainment program “2 Days & 1 Night Season 4,” where he is a fixed member and dropped out two movies “Dog Days” and “2 O’Clock Date,” where his casting was already has a confirmation.

The collaborated brands where he is the advertisement model took his photos down because of the scandals about him and his girlfriend.

After clarifications about his controversy, he received support from the public again. However, he stayed silent and has not made any public appearance in several months.

The actor was also known for donating 50 million won to the Korea Leukemia Children’s Foundation without any announcement.

He expects to star in an upcoming movie entitled “Sad Tropical,” which is due for release later this year.

The Twitter platform also went wild as he trends with the hashtag ‘KimSeonHo.’

The posted photos and videos on the platform show Seon-Ho’s last day in Thailand as he is departing back to South Korea. The photos and videos also show the warm support and love of his supporters as the airport is swarmed by his fans in the country to give him a warm send-off.

One commentator tweeted about his supporters’ encouragement, reassurance, love, and support.

“I really love this. The grand (with delighted screams) way of sending off. To show consistent love and support after many months. This is the best reassurance of encouragement to him. Just looking at the videos already gives so many emotions, I hope he is filled with love.”