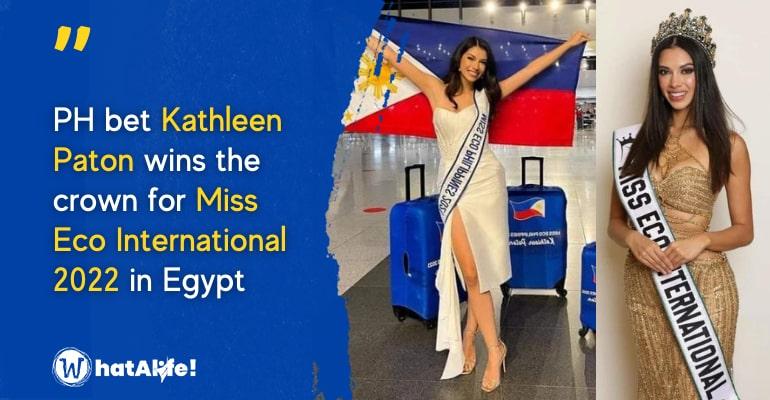 Kathleen Paton secures the crown for 2022 Miss Eco International in ceremonies held on March 17 (March 18 in Manila) at the Triumph Luxury Hotel in Egypt, giving the Philippines its second victory four years after Cynthia Thomalla won the title in 2018.

The beauty queen competed with 40 other candidates. She then advances to top 21 after winning the Best Eco Video award.

Kathleen Paton moved up to top 10 after being questioned about water contamination, which she saw as a major concern in the Philippines.

To resolve this, Paton stated that she will work on providing free water filtration systems to communities across the country.

Paton landed in the top 5 after she answered the question, “As a title holder, you’re a public figure. Do you think it’s important to stay neutral on controversial social issues or to use your title to promote your own belief and why?”