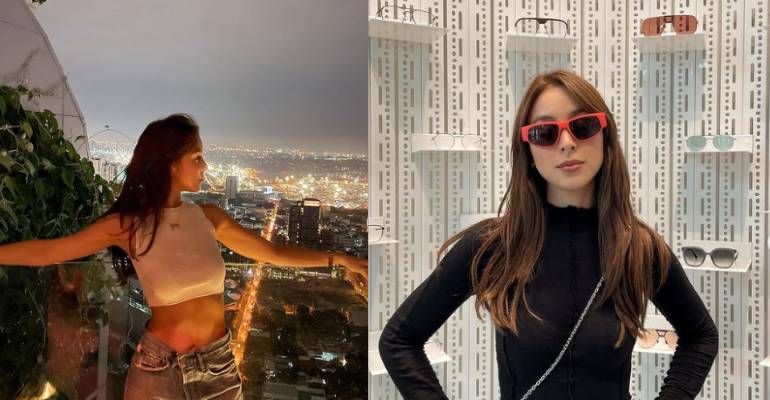 The Filipino actress, together with her team, posted on their Instagram accounts snapshots of them enjoying the nightlife in the city by visiting and eating in numerous local restaurants.

After their shopping, Julia and her stylist Cath spend time enjoying art at ATT 19, a contemporary art gallery. As they enjoyed the local food in Bangkok, which is known to be a city of “foodie” paradise, she then made an album with all the captured food she enjoyed during her trip.

Last year, they announced that Julia stars as the female lead with the actor Carlo Aquino in the upcoming Vivamax Original film entitled, ‘Expensive Candy,’ which is a film written and directed by Jason Paul Laxamana.

Jason was the first to direct the actress in her film last 2019 entitled Between Maybes alongside his co-star and her current boyfriend, Gerald Anderson.

In a recent post of the actress, she also shared photos of her attending the marriage of content creator Aeriel Garcia and former Pinoy Big Brother housemate Patrick Suigi on April 20 this year.

Gerald confirmed their relationship and made it official to the public in March last year after dating rumors since 2019 during his tell-all interview with Boy Abunda.

During the interview, he was answering a question if Julia was a source of happiness for him and his heart at that moment by saying, “Very happy, Tito Boy. It’s a yes.” – WhatALife!