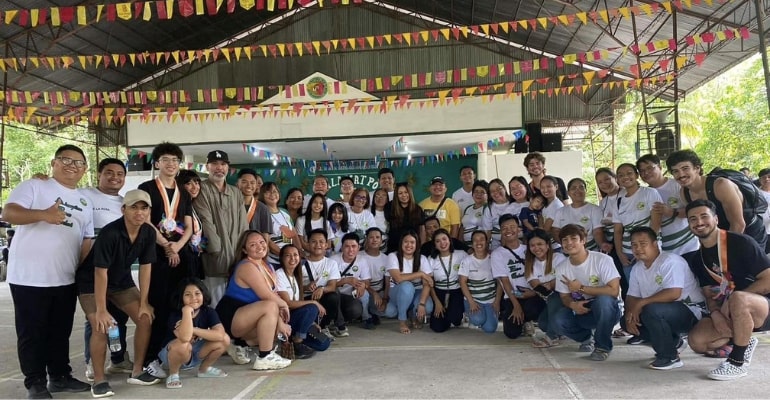 BACOLOD CITY, PHILIPPINES — Filipino-American comedian Jo Koy was spotted by fans in his sister’s hometown, Bacolod. It was later revealed that the international celebrity was there to inaugurate the Php 1.5 million road project he donated to a local school.

The comedian’s adopted sister, Gemma Herbert Simmons, is a cousin of the school’s former officer-in-charge principal Veneranda Ortoño. Gemma is from the same barangay and is the president of Jo Koi Entertainment.

During the inauguration, the comedian was with his son and other family members, along with the school staff and principal Llenamar Melchor.

Another ongoing project, a library at the Rafael Alunan Elementary School in the same barangay, is also funded by Jo Koy.

Jo Koy visits the Philippines for a vacation

In a series of Instagram stories, Jo Koy shared he and his family were in the Philippines for a quick vacation.

He visited his mom’s relatives in La Union, followed by a quick trip to Bacolod. It is there that the comedian was spotted by fans who were eager to take pictures with the celebrity.