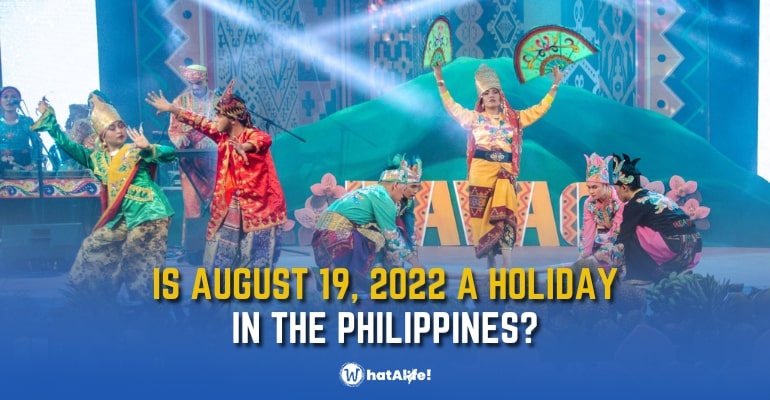 DAVAO CITY, PHILIPPINES —  Pursuant to Proclamation No. 39, August 19, 2022 is declared a special (non-working) holiday in Davao City in accordance with the celebration of Indigenous People’s Day in conjunction with the occasion of Kadayawan.

The proclamation stated, “I, Victor D. Rodriguez, Executive Secretary, by authority of the President, Ferdinand R. Marcos Jr., do hereby declare Friday, August 19, 2022, a special (non-working) day in the City of Davao.”

This is only in Davao City, and naturally, the Davaoeños are happy that a special non-working holiday has been declared.

This holiday gives time and opportunity to the community of the city to join and participate in the event lined up with activities, some of which are Indak-Indak and Pamulak sa Kadayawan.

Medialdea also said, “It is but fitting and proper that the people of Davao be given full opportunity to celebrate and participate in the occasion with appropriate ceremonies.”

Still, the national government also continues to call on Davaoeños and those who will join the activity to follow the implemented minimum public health standards against the Coronavirus Disease 2019 (COVID-19).

After two years of virtual celebrations, the Davao City government wants this year’s Kadayawan Festival to be a face-to-face event. Of course, as the national government mandates, health protocols and the prevailing conditions in August during the actual celebration will all be considered.

The officer-in-charge of the CTOO (City Tourism Operations Office), Generose Tecson, said that the Kadayawan Executive Committee would be meeting to finalize and approve the 2022 festival.

Executive Order 21 (EO 21) cited that the festival has been one of the major annual tourism events since its inception in 1988.

Meanwhile, in the provinces of Quezon, Aurora, and Quezon City, August 19 is declared a special non-working public holiday. This holiday honors an important figure in Philippine history who gave Quezon City and Quezon Province their names — Manuel L. Quezon.

Republic Act 6741 declared August 19 as a special working holiday throughout the country in 1989. –WhatALife!/Zed