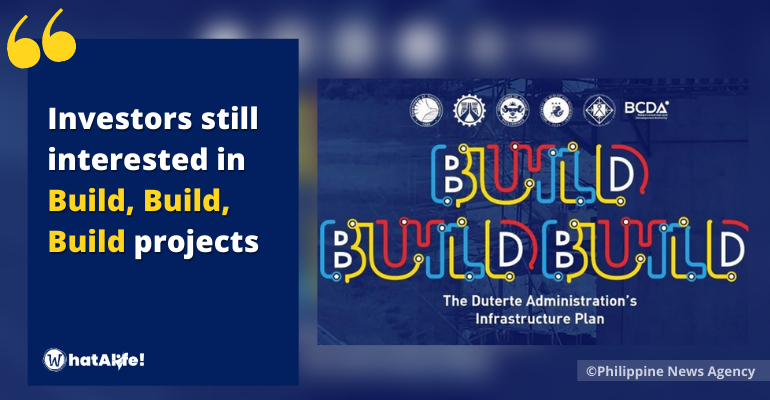 MANILA, PHILIPPINES — Despite the fact that President Rodrigo Duterte’s term ends in mid-2022, construction businesses in the United Arab Emirates (UAE) are “extremely interested” in participating in the ‘Build, Build, Build’ infrastructure initiative.

The Duterte government is reaching the conclusion of its term. Yet, it doesn’t appear to be any closer to realizing the administration’s great infrastructure ambition Build, Build, Build (BBB) – the supposed centerpiece of Duterte’s legacy.

Infrastructure development has been a top goal for the Duterte government from the start. This paved the way for the construction of its flagship Build Build Build project. The program aims to spend up to P9 trillion on infrastructure projects between 2017 and 2022.

The Secretary of the Department of Trade and Industry (DTI) Ramon Lopez said in a radio interview on Wednesday evening that he is certain that the ‘Build, Build, Build’ project will be continued in the next administration. This will give international investors confidence to participate in the construction industry.

“We told them that many presidentiables are saying that Build Build Build will be their platform also. That’s why they can expect that this program will continue as they have seen the success of the Build Build Build under the administration of President Duterte,” he added.

The DTI Secretary was in Dubai for an official trip. He met with UAE high-level officials, with whom he signed agreements aimed at further strengthening the two countries’ economic link.

The Investment Promotion and Protection Agreement (IPPA) that encourage investment flow between the Philippines and the UAE was one of the outcomes of the trip.

The Philippines hopes to gain a good portion of investments from the Middle East country through the IPPA. According to Lopez, the sovereign has a wealth fund worth roughly USD1.3 trillion. – WhatALife!