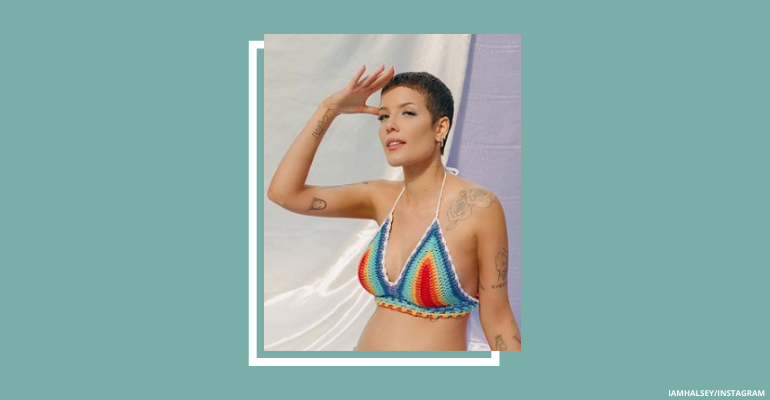 American singer-songwriter Halsey posted on Wednesday, January 27, a photo of her showing off her baby bump on Instagram.

In the photo, the 26-year-old singer is seated and looking off into the distance, wearing a rainbow tube top and a pair of unbuttoned jeans.

“(S)urprise!,” the caption read along with emojis of a baby bottle, a rainbow and a baby.

While Halsey is yet to share the identity of the father, she tagged screenwriter Alev Aydin over her belly in the Instagram photo.

According to news outlet USA Today, the rainbow emoji is likely a nod to the fact Halse suffered a miscarriage while on tour about five years ago. A baby born after a pregnancy loss is commonly referred to as a rainbow baby. She later revealed on an episode of “The Doctors” that she froze some of her eggs.

“Reproductive illness is so frustrating because it can really make you feel less of a woman,” she said. “There’s a lot of times when you’re sitting at home, and you just feel so terrible about yourself.

Meanwhile, in an interview with The Guardian last year, Halsey said the experience was heartbreaking, made even worse by the fact some folks criticized her for sharing the news on social media.

“It’s the most inadequate I’ve ever felt,” she said. “Here I am achieving this out-of-control life, and I can’t do the one thing I’m biologically put on this earth to do.

Halsey dropped her most recent studio album, “Manic,” in 2020. She cancelled her tour on January 22 that had been postponed due to the coronavirus pandemic.