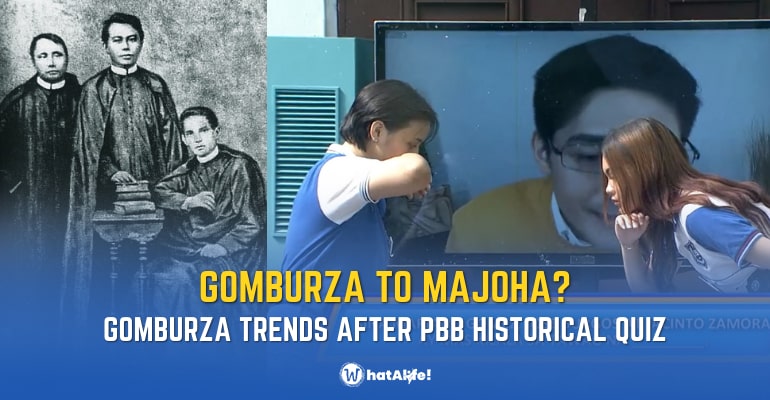 The official Twitter account of Pinoy Big Brother tweeted the event and described it as a fun moment as both of their housemates failed to name ‘GomBurZa.’

However, the reaction of the people on Twitter shows they were not happy.

The online community expressed their disappointment to the two teen housemates for failing to answer the simple historical question.

“150 years after the martyrdom of the GOMBURZA, they have been renamed as MAJOHA,” one user Tweeted.

Additionally, others have called out that the blame should not fall in the younger generation. Instead, it should be directed to the education system of the country.

The word ‘GomBurZa’ refers to the three Filipino Catholic priests, namely Mariano Gomez, José Burgos, and Jacinto Zamora, who were publicly executed on February 17, 1872, in Bagumbayan, Philippines. They became martyrs for the cause of Philippine independence. – WhatALife!

Parang scripted lang naman para sa rating. I think they succeeded at it.