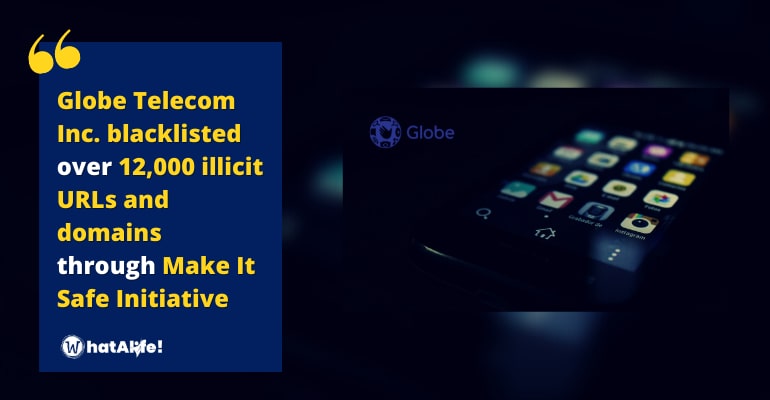 MANILA, PHILIPPINES — As part of its ongoing effort against illegal websites, Globe Telecom Inc. has blacklisted over 12,000 illicit URLs and domains.

Since the beginning of the year, Globe has blocked 11,320 URLs and 502 domains carrying sexual content, as well as 194 domains advertising illicit gambling.

Its approach is in compliance with Republic Act 9775, also known as the Anti-Child Pornography Act of 2009, which requires all internet service providers, including Globe, to implement technologies, procedures, or software to prevent access to or transmission of child pornography.

In 2017, Globe started the Make It Safe Initiative. Since then, 3,975 domains and 57,785 URLs promoting child pornography have been blocked.

The Philippines is one of the world’s major providers of content connected to online sexual abuse and exploitation of minors, according to the National Center for Missing and Exploited Children in the United States. – WhatALife! / Francis

Also read: Robredo won’t ally with anyone who uses force to push agenda