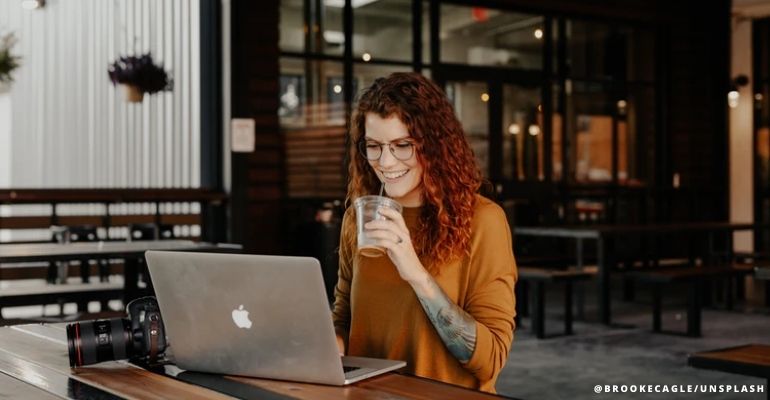 Remember the guy who asked someone out using a drone? Yeah, well, not everyone has a drone. So that’s one dating avenue crossed off. Other things you can’t do: dinner dates, walks in the park, beach dates, food court dining, the list goes on. Anything that involves being there in person can range from undoable to off-limits to outright illegal!

Not only has the COVID pandemic changed the way we live our lives, but it has also changed the dating landscape as we know it.

Nowadays, people must follow health and safety protocols. There are areas of the Philippines that are strictly locked down more than others. Also, there are very few chances to go outside for fun, unlike before. Not only is the country having this issue, but every other country in the world as well.

So many people feel like they’re running out of time — and for some, it’s not just drama. People over the age of 30 can very clearly feel the sands of time slipping from their hands. Soon they’ll lose the chance of being able to have a family of their own.

Even if they don’t want a family of their own, they still feel like the clock is ticking with every day that passes without a significant other.

The coronavirus has forced our days to slow down to a crawl and our dating lives even slower. For others, they’ve screeched to a complete halt.

College-aged youths were supposed to live these years as the dawn of their adult lives, and now newer strains of the virus have added another level of threat to their social lives. Even as they graduate, people who have gotten their first jobs don’t have the same level of socialization as previous generations.

Courtship used to be initially a low-key, conservative affair done under the watchful eyes of a lady’s parents. In Spanish colonial times, a woman would convey nonverbal messages to potential suitors using fan language. In modern times, society allowed for a series of formal dates, sometimes unchaperoned.

But with a pandemic in our midst, courtship has been relegated to cell phones, online dating, and possibly even socially distanced meetings if area protocols allow.

Not only that, some people are locked to one area, one place, one home most of the time. And they don’t always have people they can rely on to stave off loneliness. Dating apps don’t just help you fill the need for a romantic partnership; they can also help you find someone just to talk to.

Many people have looked upon online dating as a  last-ditch effort to have someone to call your own. But, unfortunately, there’s a chance that those same people have turned to dating apps in these times.

There may be those who have grown tired of finding bots or people who are only interested in one-night stands on dating apps. If you’ve ever dabbled in online dating, you might recognize some of these names. Some of the more popular dating apps used today are Tinder, Hinge, Bumble, and OkCupid.

Nowadays, the restrictions placed upon everyone for their safety have phased out people who are only looking for hookups and leaving only those who want to find an emotional connection from the safety of their homes.

This isn’t to say that finding your one true love is easier — in fact, it’s still got a host of problems even if the ones who want casual hookups were weeded out.

Still, dating has moved to online platforms, which means there’s less chance of physically seeing the person on the other end. As a result, one can be left open to harassment, catfishing, and worst of all — one won’t be entirely sure if they feel a spark.

Though Millenials and Gen Z-ers aren’t exactly active daters, building their online relationships is a lot more time-consuming. This is mainly because not everyone is at their mental peak. If you’re trying to fight off stress and fear, dating is most likely not high on your list of priorities.

Presently, many dating apps have added a new feature: video calls. They let people check if they’re dealing with a bot or a catfisher or not. It also provides a real-time experience rather than just sending messages back and forth, though it doesn’t measure up to face-to-face dating.

Apps such as Tinder, Bumble, and Facebook Dating saw the need to know better yet verify who they’re speaking with. With the latter, however, it became more known for its audio dating.

Cosmopolitan Philippines has a small collection of online dating stories.

One of the successful ones was the story of Jamie and Jerard, who were each other’s last chances on Bumble. The pair matched just two weeks after Jamie’s birthday, and they’ve managed to turn their spark into a fire.

“When we matched, everything was just so smooth,” said Jamie. “We immediately clicked since we had a lot of things in common, but the most important thing is we were both looking for something serious. He was consistent, respectful, and most importantly he was God-fearing. I knew it was too soon for me to feel that I was falling for him in [such] a short period of time, but I took the risk. After almost two months of consistently talking to each other while waiting for the lockdown to be lifted, we finally met. I was really glad that his actions were consistent in chat and in person.”

Yet, for some, ultimately, nothing has come out of it. One person reported that she got along swimmingly online, but when it came time to meet in person (presumably with masks and face shields on), the date had habits that were a turn-off.

Others had a better time using dating apps for things other than finding love. For example, one of Cosmo PH’s respondents uses the apps to find fellow League of Legends players.

And one of them turned out to match with a cheating boyfriend! Oof!

Love is a lot harder to come by

An unforeseen effect of the Covid-19 virus is the drying up of the offline dating pool. For some who were lucky enough to have found love before the virus reached Philippine shores, this isn’t a big deal — there are always texts and calls. Also, intermittent visits wearing PPE every once in a while are allowed, depending on the area’s health protocols.

It’s a definite change from pre-pandemic times, but it’s still much safer.

It seems that one can find The One with online dating if you play your cards right. Yet, it’s not a sure thing. In finding love, one can be led astray by flaky people, catfishers, or scammers. In addition, some people may not have the energy needed to interact with new people, let alone new people who want romantic relationships. – Alex/WhatALife.ph