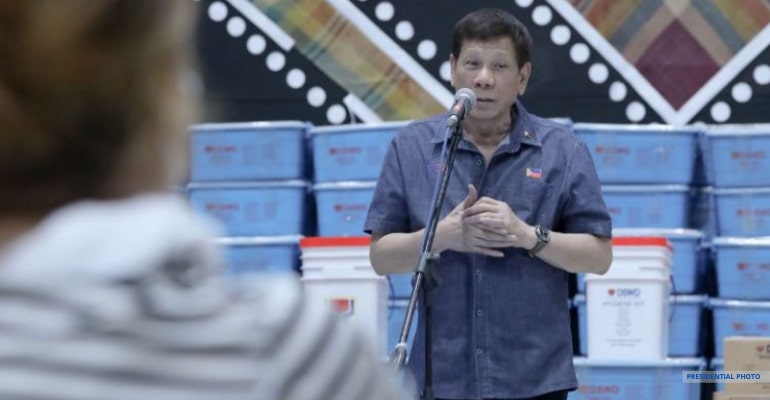 BAYBAY CITY, LEYTE — President Rodrigo Duterte made a visit to victims of Tropical Storm Agaton in Baybay City, Leyte, on Friday, and met with local officials to assess the storm’s damages.

Duterte performed an aerial inspection over Baybay City before attending a status briefing with national and local government officials to learn more about the number of victims and estimate the extent of Agaton’s damage.

Due to massive landslides and flooding, Baybay City has been declared a state of calamity, with over 100 people dead.

Over 500 households or at least 2,145 people in Leyte province were evacuated on Thursday, with many of them having no place to return to for the rest of Holy Week.

Around 65,130 families are still in evacuation centers.

Agaton also caused damage to more than 9,600 houses and 43 facilities in Visayas and Mindanao, according to the NDRRMC.

The executive branch is actively monitoring the situation in typhoon-affected areas, as well as the government’s response activities, according to Malacañang. – WhatALife!