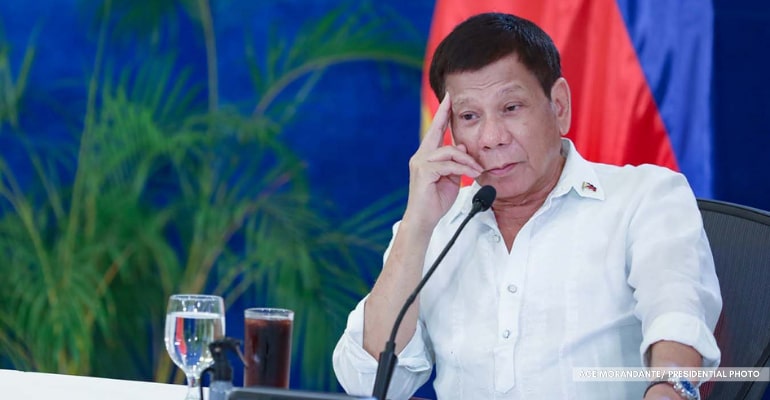 MANILA, PHILIPPINES — President Rodrigo Duterte on Wednesday criticized the pointless violence committed in the name of joining fraternities, stating that this does not make anyone a man.

“You cannot be more of a man even to yourself if you kill another human being na helpless, hindi naman makaganti (who cannot fight back),” Duterte stated in his prerecorded Talk to the People aired on Wednesday.

He added that almost all fraternities had a history of deaths due to severe physical punishment, based on his own experience.

Duterte, a member of Lex Talionis Fraternitas Inc., recalls requesting his fraternity to end or at least reduce hazing at some point.

“We wrote [to] our fraternity to stop this nonsense of inflicting severe pain,” he said.

He claimed he was beaten up when he joined his fraternity at San Beda Law School and was hospitalized for three days because of a major hematoma or blood suffusion.

“Ewan ko lang sa amin dito (I don’t know about this) I said, I would not be happy to hear my fraternity killing a neophyte, I would view it as patayin mo lang ang tao (killing a person) for nothing, it’s supposed to be in pursuit of academic excellence,” Duterte said.

He urged fraternity members to think about what they would feel if their own sons were haze victims.

(Consider it carefully. If I were the father, I would take careful care of my child and would not even let a mosquito or fly land on their skin, then you’ll only beat and kill them? Think about it.)

Duterte signed into law legislation in June 2018 that imposes a fine of P3 million as well as a sentence of 20 to 40 years in prison for hazing practices that end in death, rape, sodomy, or mutilation. – WhatALife!