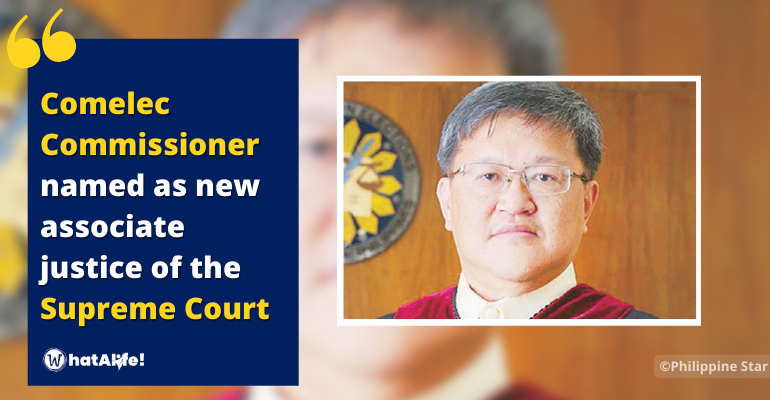 MANILA, PHILIPPINES — On Wednesday, Malacañang announced that the former Commission on Elections (COMELEC) Commissioner Antonio T. Kho Jr. had been named as a new associate justice of the Supreme Court (SC).

“We wish Associate Justice Kho success in the Supreme Court, and we are confident that he will continue to dispense justice to every man, woman, and child with integrity, impartiality, and fairness,” Nograles said in a statement.

“I confirm that the [SC] through the Office of Chief Justice Alexander Gesmundo received this afternoon the appointment papers of former Comelec Commissioner Antonio Kho, Jr. as Associate Justice of the Supreme Court of the Philippines,” Hosaka said.

Kho will fill the vacancy left by former Associate Justice Rosmari Carandang, who resigned from the Supreme Court in early January.

With the retirement of Senior Associate Justice Estela Perlas-Bernabe in May, Duterte is expected to fill another seat on the Supreme Court. As a result, the SC would be packed with 13 Duterte appointees by then. – WhatALife!

Also Read: Filipinos, recommended to get booster shots for Covid-19