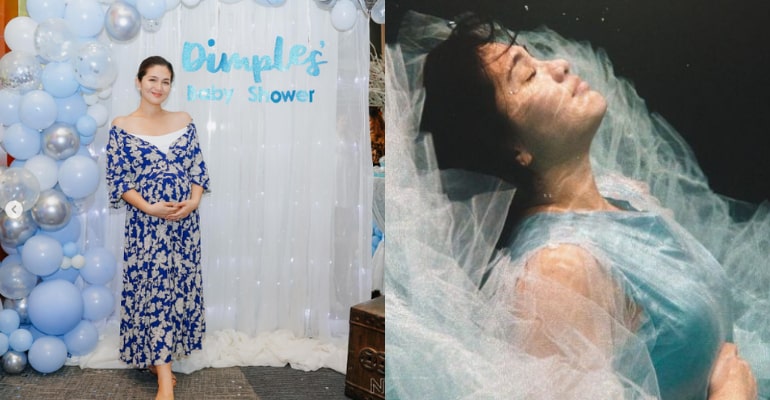 Actress Dimples Romana had a surprise baby shower for her upcoming third child.

To celebrate having another baby in their family, Dimples and her non-showbiz husband, Boyet Ahmee, recently celebrated the special moment.

Dimples alongside Nice Print Photography shared photos from the intimate event on Instagram, showing the actress posing in a blue maternity dress while flaunting her baby bump.

The couple started their marriage in 2003, and throughout their married life, they now have two children. Their eldest daughter, Callie, is currently 18 years old and studying abroad, specifically in Australia, while their son Alonzo just turned seven years old this February.

Dimples is expecting a baby boy on her scheduled date of giving birth this coming July.

In her recent post, she revealed that she and her husband will give their third child the name ‘Elio,’ and when translated from French will mean, “My God is the Lord.”

According to Dimples, the given name is the Italian variation of Helios or Aelius, the Greek god of the sun.

She also shared on her Instagram page her maternity shots with a mermaid-theme.

Behind the series of shared snapshots is underwater photographer and film director Martin Zapanta. Here, Dimples is seen wearing four different outfits alongside her stunning poses.