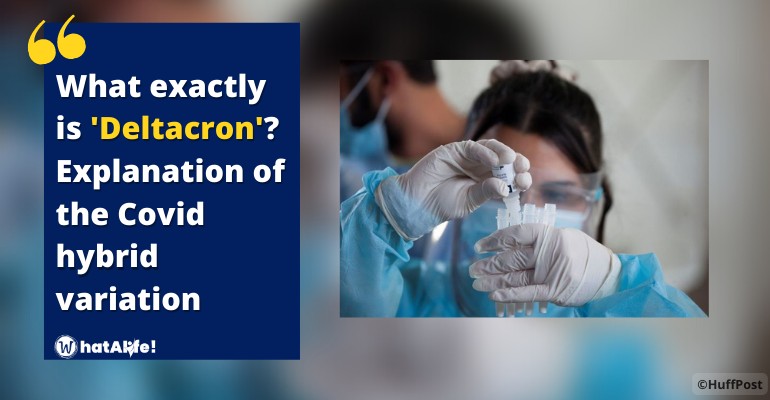 The new COVID-19 combination, ‘DELTACRON,’ has been found in France, Netherlands, and Denmark, according to the World Health Organization. In a recent article that’s yet to be published on the research site MedRxiv and accessed by USA TODAY, it’s also been discovered in the United States.

In the United States and numerous European countries, a potential novel COVID-19 variation combining the existing Delta and Omicron variants has been identified and detected. You can call it “deltacron”.

Helix, a San Mateo, California-based lab, sequenced 29,719 positive COVID samples gathered across the US between November 22, 2021 and February 13, 2022. Its research team comprised experts from the University of Washington Medical Center and testing firm Thermo Fisher Scientific.

Recombinants were “to be expected, especially with intense circulation of Omicron & Delta,” according to Maria van Kerkhove, the World Health Organization’s (WHO) COVID technical head, who added that her team was “tracking and analyzing” the variant.

The combination of delta and omicron genetic material resulted in two infections involving separate forms of deltacron, according to the researchers. Twenty other infections had both the delta and omicron variants, with one instance having delta, omicron, and Deltacron.

The prospect of a variant combining two of the pandemic’s most deadly coronavirus variants may seem frightening, especially since Delta was more severe than other variants and Omicron was extremely contagious.

But experts believe the unofficially named “Deltacron” is not as severe as the Delta or Omicron versions, despite the fact that it appears to be a cause for concern.

Currently, “there are very low levels of this detection” in regions where deltacron has been discovered, according to Dr. Van Kerkhove, during a Wednesday press conference.

For the time being, WHO has not noticed “any change in the epidemiology. We haven’t seen any change in severity, but there are many studies underway,” she says regarding of deltacron. – WhatALife!