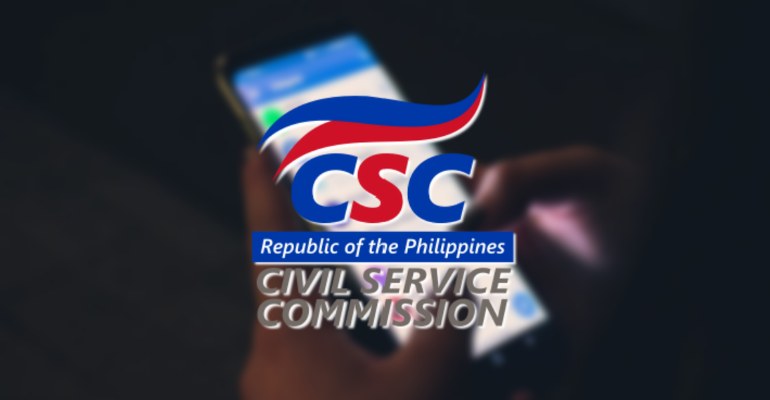 PRESS RELEASE: The Civil Service Commission (CSC) has revised the rules on sexual harassment on May 17, adding offending acts such as text messaging or email, online or in streets and public places.

CSC Resolution No. 2100064 amended certain provisions in the 2017 Rules on Administrative Cases in the Civil Service (RACCS), specifically administrative proceedings for sexual harassment complaints where the offender is a government employee.

The changes in the 2017 RACCS were primarily made to further deter sexual harassment in the public sector as well as to harmonize said rules with Republic Act No. 11313 or the Safe Spaces Act and its Implementing Rules and Regulations.”

Sexual harassment in the workplace is defined as one that is “done verbally, physically, or through the use of technology such as text messaging or email… that has or could have a detrimental effect on the conditions of an individuals’ employment or education, job performance or opportunities”. It could also be a “conduct of sexual nature affecting the dignity of a person, which is unwelcome, unreasonable and offensive to the recipient”, or one that is “unwelcome and pervasive and creates an intimidating, hostile or humiliating environment for the recipient”.

Sexual harassment committed by a government employee in a work-related, training, or education-related environment between peers, or by a subordinate to a superior, has long been recognized as an administrative offense, first under CSC Resolution No. 01-0940 (Administrative Disciplinary Rules on Sexual Harassment Cases) and under the 2017 RACCS.

Consistent with the Safe Spaces Act, the amended rules consider as sexual harassment in streets and public spaces those acts such as catcalling, wolf-whistling, and misogynistic, transphobic or sexist slurs committed in alleys, roads, and similar types of public spaces.

Moreover, it defines gender-based online sexual harassment as “acts that use information and communication technology in terrorizing and intimidating victims” and includes “physical, psychological, and emotional threats, unwanted sexual misogynistic, transphobic, homophobic and sexist remarks and comments online whether publicly or through direct and private messages, invasion of victim’s privacy through cyberstalking and incessant messaging, uploading and sharing without the consent of the victim, any form of media that contains photos, voice, or video with sexual content, any unauthorized recording and sharing of any of the victim’s photos, videos, or any information online, impersonating identities of victims online or posting lies about the victims to harm their reputation, or filing false abuse reports to online platforms to silence victims.”

Committee on Decorum and Investigation

CSC Resolution No. 2100064 strengthens the role of the Committee on Decorum and Investigation (CODI) in a government agency and averts possible delays in their investigation of complaints of sexual harassment.

While previous policies already require the creation of a CODI in all national or local agencies of the government, including state/local colleges and universities, and government-owned or controlled corporations with original charters, the amended rules mandate the head of agency, or the head of the education or training institution, to ensure sufficient number of people to replace any member of the CODI in case of his/her absence or need to inhibit from the case.

Notably, the policy also requires that the CODI “be headed by a woman and not less than half of its members shall be women.”

Either the complainant or the person being complained of may request any member of the CODI to inhibit from the proceedings based on conflict of interest, manifest partiality, and other reasonable grounds. A CODI member may also voluntarily inhibit on the same grounds.

Among the duties of the CODI is to ensure that the complainant does not suffer from retaliation or any disadvantage in terms of benefits or security of tenure, as well as to guarantee the observance of due process, gender-sensitive handling of the cases, and confidentiality of the identity of the parties involved.

The CODI is given 10 days from the termination of the investigation to submit its findings with recommendations to the disciplining authority for decision.

Duty of Head of Agency

CSC Resolution No. 2100064 specifies the duties of the head of agency in preventing and deterring the occurrence of sexual harassment cases, among which are to ensure widest dissemination of the law and rules to all persons in the workplace, the conduct of orientations among employees and distribution of relevant information materials, and conduct of gender sensitivity trainings.

Heads of agencies who will be found remiss on their duties under CSC Resolution No. 2100064 or not taking action on complaints may be charged with Neglect of Duty.

Sexual harassment may be classified as light offense, less grave offense, or grave offense depending on the act committed, and may be meted a penalty ranging from a reprimand to outright dismissal from the service.