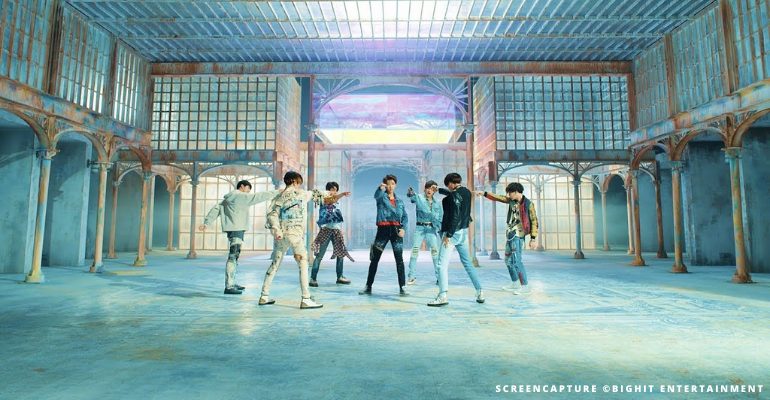 BTS’ Fake Love music video just reached 1 billion views on YouTube, making it the fifth of the K-Pop group’s songs to surpass a billion plays. Multiple hashtags are trending all over Twitter in celebration of the milestone!

More and more hashtags keep popping up as news of the septet’s newest achievements spreads throughout the Twitterverse. In addition to #CONGRATULATIONS KINGS, tags like #WeMakeHistoryTogetherARMY, #btsbutimscreamingthelyrics, and #FakeLove1B have been making the rounds.

With the song reaching a billion views, Fake Love has solidified itself as one of the Bulletproof Boy Scouts’ greatest hits!

Fake Love was initially BTS’ lead single from the album Love Yourself: Tear. Then later it became the group’s first top-ten single in the United States. So as dubbed by their fans, it’s now part of the K-Pop group’s 1 Billion Club or 1 Billion Squad. Truly, the ARMYs are having a field day with this!

In addition to Fake Love, four other songs surpassed the 1 billion mark. One of them is DNA, with its music video’s praiseworthy psychedelic pigmentation popping on the screen. Additionally, there’s Boy With Luv, which features American singer-songwriter Halsey. Also part of the 1 Billion Club is their most recent hit, Dynamite, a song in exclusively English. Finally, Mic Drop, which features a remix with American DJ and producer Steve Aoki.

Not only that, but the Billboard Hot 100 lineup has BTS’ Butter topping the charts too! So with this, it seems like BTS has scored even more achievements in their awesome careers. #ButterStableQueen #Butter10thNo1OnHot100.

Their music video IDOL is gearing up to be sixth on the list. The MV itself features American singer and rapper Nicki Minaj. Considering it’s got less than 4 million views to go and the strength of the worldwide BTS fandom, we might be seeing IDOL’s welcome to the 1B Club very soon.

So, stay tuned for the next 1 Billlion Club addition!