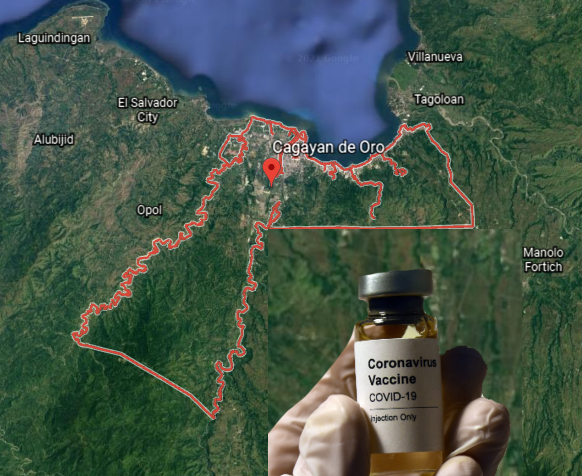 CAGAYAN DE ORO – In line with the local government’s efforts to slowly vaccinate its citizens and medical frontliners, the City Health Office (CHO) of Cagayan de Oro is going to conduct a simulation vaccination drill on Tuesday, February 16, 2021. According to acting City Health Officer Dr. Lorraine Nery, the drill will take place at the JR Borja General Hospital and will also be observed by other private and public hospitals in the city.

Dr. Nery also confirmed during Saturday noon’s City Hall press briefing that the 16 community vaccination sites include covered courts, schools, and barangay health centers. This is in addition to the nine private and public hospitals that previously signified their commitment to serve as vaccination sites for their health care workers and medical frontliners.

The potential vaccination sites that were previously mentioned were the gymnasiums of Xavier University (XU), Lourdes College, and the University of Science and Technology in Southern Philippines (USTP). Dr. Nery also mentioned that after Tuesday’s vaccination drill, CHO will then schedule a community vaccination drill that will take place on the second week of March 2021.