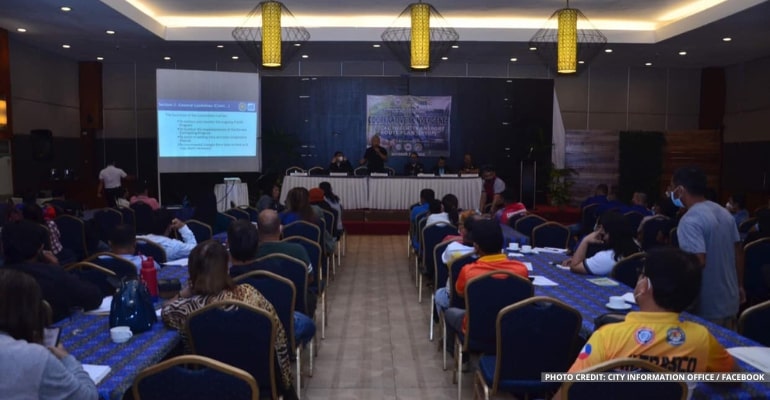 During the meeting, RTA Department Manager Engineer Nonito Oclarit presented the 78 new routes along the LTPRP in the city as part of the implementation of the PUV-MP (Public Utility Vehicle – Modernization Program) for a more efficient transport system.

Also attending the activity was Land Transportation Franchising & Regulatory Board-X Regional Director Aminoden Guro, who insisted on the major role of the local government’s support to the transport coops for the program’s success, as well as the meticulous forging of the said route plan since 2018.

Committee on Public Utilities chairperson Councilor Romeo Calizo of the 20th city council is also optimistic that the approved LPTRP will solve the problem of overlapping routes to improve the transport services in the city.

Committee on Cooperatives chairperson City Councilor Imee Rose Moreno also assured that the local government is always ready to listen to the issues and concerns of the cooperatives.

The said forum is part of the various activities organized by the CID under the leadership of Mr. Honorio Deputy in conjunction with the celebration of October coop month.

In order to increase the number of barangay tanod in various barangays and to replace those who quit their posts, the Liga ng mga Barangay (League of Barangays) asked Mayor Uy to restore the training of barangay tanod.

Liga ng mga Barangay Vice-Chairman, Barangay Gusa Punong Barangay Marlo Tabac, personally conveyed this request to Mayor Klarex during a meeting regarding the preparation of Undas 2022 inside the mayor’s office.

Barangay Chief Tabac said that many barangay tanod in his barangay have quit but cannot be directly replaced without a Basic Orientation Seminar through the Barangay Tanod Development Committee to lead the COCPO (Cagayan de Oro City Police Office).

He said, in addition, that his barangay is not the only one that has a shortage of bodyguards, but all barangays, so the orientation training should be resumed to replace the retired bodyguards.

This request was considered by Mayor Klarex, who stated that he would talk to City Councilor Committee on Peace & Order chairman Romeo Calizo.

The barangay tanod who underwent the orientation seminar and can officially function in his barangay will also receive an honorarium from the city.

The Liga ng mga Barangay is grateful and hopeful that the training will start soon. – WhatALife!/Zed