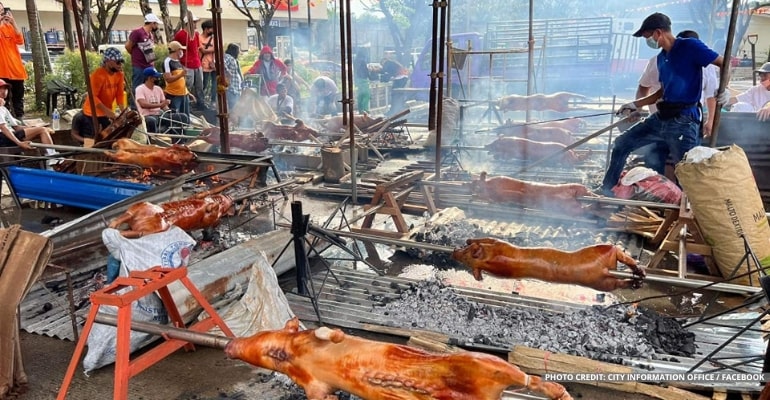 CAGAYAN DE ORO CITY, PHILIPPINES — After participating in the recent Search for the Best Lechon in Cagayan de Oro, ‘Lechoneros Encuentros Dos,’ the city thanked and congratulated the 11 local lechoneros (Lechon makers) in CDO through the City Veterinary Office.

Department Manager of the City Veterinary Office, City Veterinarian Dr. Perla Asis, stated that the Best Lechon in CDO competition winner was Yoyong Lechon, which received Php 15,000 in cash and a plaque.

The other Lechon makers not in the running still received Php 2,000 each as consolation prizes.

Dr. Asis said that for the people to taste the flavorful lechon of the three winners, they were allowed to sell it in the city hall mini-park. Therefore, Lechon lovers and those who want to taste the delicious Lechon were encouraged to go to the mini-park.

Following this, Dr. Asis thanked the San Miguel Corporation for supporting the event and Mayor Rolando ‘Klarex’ Uy for strongly supporting the programs and activities of the City Veterinary Office.