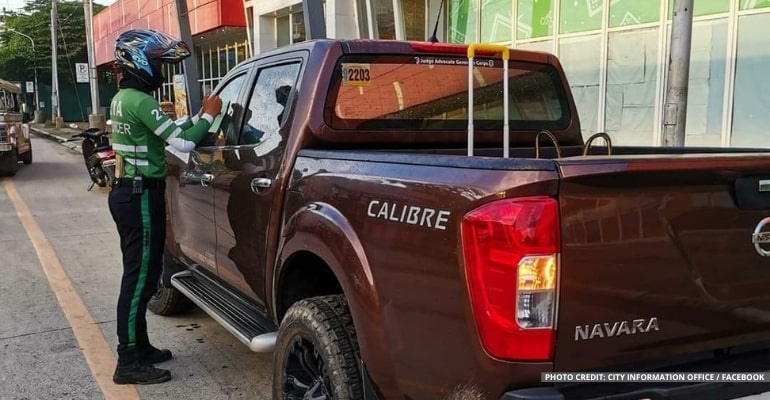 CAGAYAN DE ORO CITY, PHILIPPINES — On November 10, the CDO City Council approved City Ordinance No. 14385-2022 during the regular session. Through the approved condonation program, drivers who have been issued Traffic Citation Tickets from 2021 and traffic violations in previous years will be pardoned without needing payment.

The provision was pushed to the 20th City Council led by Vice Mayor Jocelyn Rodriguez with the support of Mayor Rolando Uy.

The ordinance aims to relieve drivers, especially those affected by the pandemic, in paying for their traffic violations to recover from their economic burdens.

However, those who still have traffic violations this year will have to pay their total amount of fines to avail of this benefit.

How to avail condonation program for traffic violations

To avail of the benefits of the new city ordinance, the first step is to acquire a Certificate of Availment from the Mayor’s Office. The certificate is also the basis for the City Treasurer’s Office to accept the payment of the 2022 traffic violation.

Next, drivers must pay their traffic violations this year in full to become a beneficiary of the condonation program.

Obtaining the Certificate of Availment can only be done within three months of the approval of the ordinance. In addition, violators must pay for their 2022 traffic violations within five months after the ordinance has been approved.

Department Manager of the RTA (Roads and Traffic Administration) Engineer Nonito Oclarit stated that drivers only need to visit their office with their valid ID and driver’s license, as well as the certificate to join the condonation program in the city. – WhatALife!/Zed