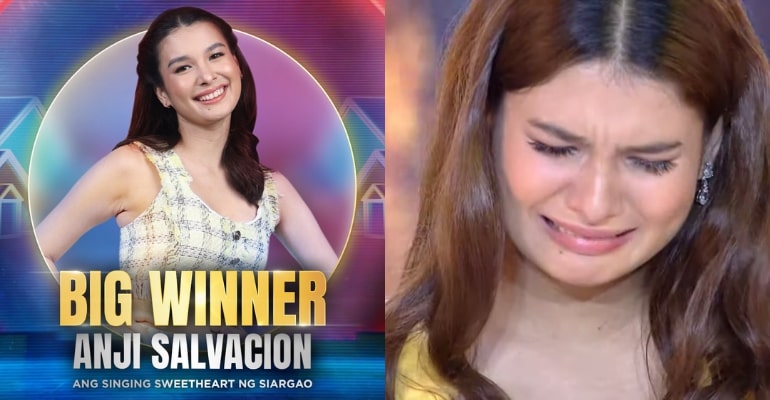 MANILA, PHILIPPINES — Celebrity Housemate Anji Salvacion is the big winner of PBB Kumunity Season 10. She won over four other competitors from three ‘kumunities’ during the Biga10 Na Big Night yesterday, May 29, 2022.

Anji won over her competition with a landslide vote of up to 40.42% Kumu votes. As the big winner, the celebrity housemate took home PHP 2M cash prize.

“It is not the title but it is how people trusted me. That’s my biggest, biggest blessing. How people look up to me and no words can express… Tagumpay ang plano!” she added.

Meanwhile, Isabel Laohoo took the Second Big Placer title with over 18.2% Kumu votes. Isabel is from the adult kumunity.

Following Isabel is the celebrity housemate Samantha Bernardo, “the Bread Queener ng Palawan.” She took the Third Big Placer title with over 16.28% votes.

During the finale, PBB Big Winners from different editions were invited to ask tough questions to the Big 5.