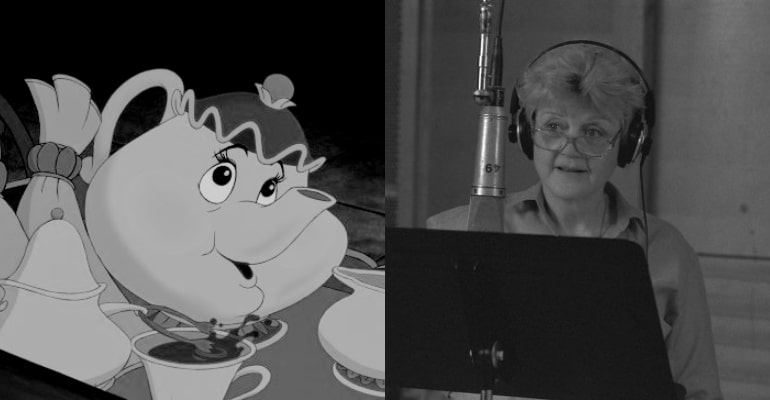 CALIFORNIA, USA — In a statement released by her family, Disney Legend and award-winning actress Angela Lansbury has died peacefully in her sleep at age 96.

“The children of Dame Angela Lansbury are sad to announce that their mother died peacefully in her sleep at home in Los Angeles at 1:30 AM today, Tuesday, October 11, 2022, just five days shy of her 97th birthday,” her family said in a statement.

Though well known by all ages as the voice of Mrs. Potts of the 1991 animated Disney film Beauty and the Beast, Lansbury was also America’s favorite TV detective in the long-running series “Murder, She Wrote.”

The late actress began her career early in her life. At 20, she debuted in the movie “Gaslight” in 1994, in which she gained her first Oscar nomination. She gained two more nominations for the film “The Portrait of Dorian Gray” in 1945 and “The Manchurian Candidate” in 1962.

Though she did not win from any of the nominations, she did receive Golden Films for the latter two films. She also accepted an honorary Oscar in 2013.

Over the years of her career, she collected five Tony awards and amassed 11 Emmy nominations for her role as Jessica Fletcher (Murder, She Wrote), but she never won.

Lansbury starred in Disney films starting in 1971 in the movie musical “Bedknobs and Broomsticks.” Then she later voiced Mrs. Potts in the Oscar-nominated animated film “Beauty and the Beast.”

Her final performance in Disney was in the 2018 sequel “Mary Poppins Returns,” where she starred in a small role – the unnamed balloon lady.

Lansbury achieved her greatest achievement as Jessica Fletcher, a well-loved crime-solving mystery writer in the long-running series “Murder, She Wrote.”

She went on to continue working in her 80s and 90s.

”I love this industry, and I love being in it,” Lansbury said in a 1998 interview with the Archives of American Television.

Also read: The Gangsta made it to Paradise; Rapper Coolio dies at 59