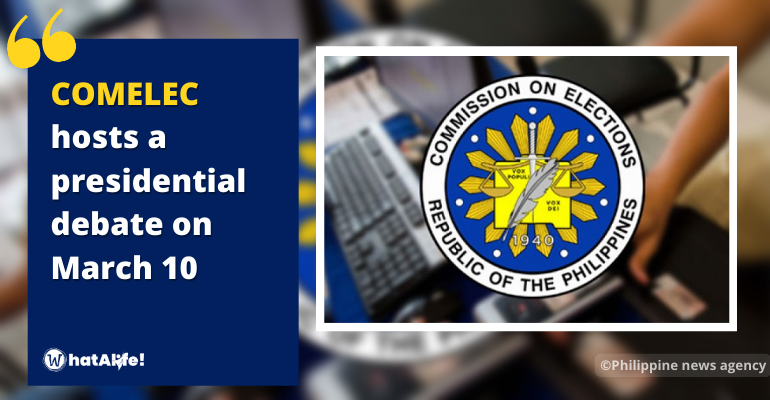 MANILA, PHILIPPINES — The Commission on Elections (COMELEC) announces that all 10 presidential contenders in the 2022 elections will participate in a televised discussion organized by the poll body.

On March 19, from 7 to 9 p.m., the first of three debate rounds will take place. The location has not yet been determined, but COMELEC spokesperson James Jimenez said that the first round of the COMELEC Presidential debate 2022 would occur in Metro Manila.

According to Jimenez, candidates will not be given questions in advance, and they will not be able to carry anything to the stage.

In an ambush interview with media on Thursday, February 24, the COMELEC spokesperson remarked that Ferdinand “Bongbong” Marcos Jr., who has skipped several forums and interviews dedicated to presidential aspirants, will attend the event.

Marcos also skipped out on The Jessica Soho Presidential Interviews, accusing the award-winning journalist of being biased.

Also, Jimenez previously noted that the law does not require candidates to participate in public debates and that the polling body cannot compel them to do so.

On the other hand, the COMELEC will “make a big deal” out of a candidate’s absence by leaving the podium given to him or her unoccupied.