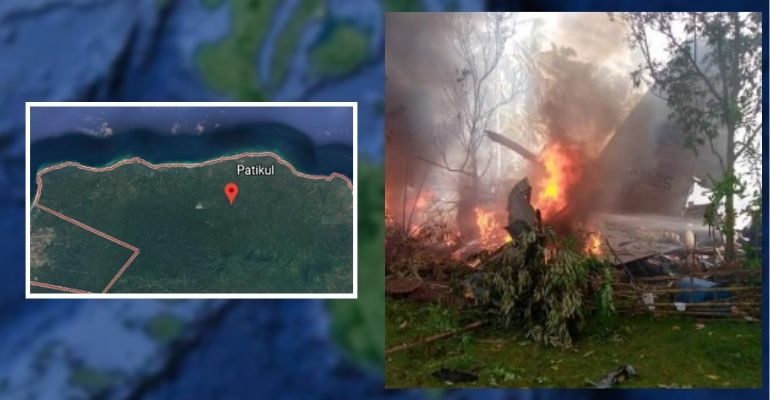 The casualties from the ill-fated C-130H Hercules plane crash in Patikul, Sulu on Sunday morning (July 4) raised to 50, the Department of National Defense said.

In an update Sunday evening, the department said 47 are military personnel while the remaining are civilians, including the pilot crew.

Some 49 military personnel and four civilians, on the other hand, are undergoing treatment for injuries sustained in the crash. A total of 32 were rushed to Zamboanga City. At the same time, the rest are confined at the 11th Infantry Division hospital at Barangay Busbus, Jolo, Sulu.

Meanwhile, the search for the C-130’s black box is ongoing.

The aircraft was one of the two C-130H acquired through a grant from the US government that arrived in the country last January 29. It was formally welcomed to the PAF fleet during a ceremony at the Villamor Air Base, Pasay City on February 18.

The C-130 is a four-engine turboprop military transport aircraft designed and built originally by Lockheed, now Lockheed Martin. It can use unprepared runways for takeoffs and landings, initially intended as a troop, medical evacuation, and cargo transport aircraft.